A Banjo/Muppet Connection in Oklahoma City! 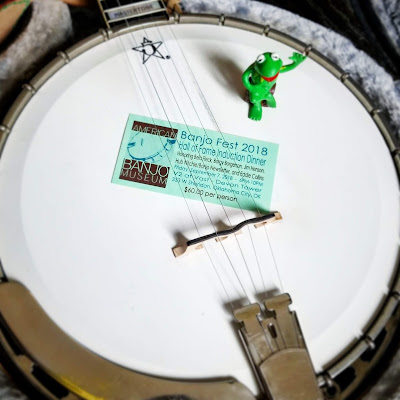 Oklahoma City is home to the American Banjo Museum where visitors can view displays of hundreds of banjos of various styles: 4-string tenors, 5-string open backs, 5-string resonator bluegrass, long-neck Seeger style, and on and on. For any banjo enthusiast, it is a must-visit. The only thing that would make the experience even better for a banjo player would be getting to play some of these incredible instruments! 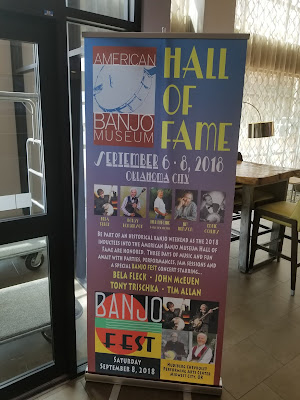 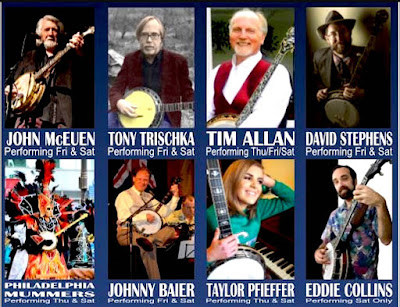 I had a specific reason for visiting the Museum this past weekend. As part of their annual Banjo Fest, the American Banjo Museum was honoring the 2018 inductees into the Banjo Hall of Fame. For his role in promoting the banjo in American pop culture, Jim Henson was being honored and I had been asked by the Henson family to play and sing Kermit's iconic song, “Rainbow Connection,” written for “The Muppet Movie” by Paul Williams and Kenny Ascher.

Added to this honor, was the knowledge that Bela Fleck, perhaps the world's top banjoist was also being inducted and would be in attendance as well as banjo legends Tony Trischka and the Nitty Gritty Dirt Band's John McEuen. To say I felt some intimidation would be an understatement.


But I needn't have been worried. The community of players and enthusiasts was so warm and welcoming. Everyone felt like family. There was even ANOTHER David Stephens! Can you believe it? TWO David Stephenses in ONE place at the SAME time!

At the awards ceremony, I had a plan in the event I should feel too nervous, which I did. I took the stage and saw all the banjo luminaries (including Deering Banjo founders, Janet and Greg Deering) at the front table, mere inches away from me. Tony Trischka had even emerged from the green room where he had been warming up to watch my performance. Add to this Heather Henson, Jim's youngest daughter, and members of the extended Henson family were also in attendance. They had jokingly told me before the ceremony, “don't screw this up!”

I started that famous banjo riff that we all know and love and then sang the first line of the song in Kermit's voice. Then I stopped, coughed and cleared my throat. I then apologized to the audience and said “I had a frog in my throat..” The joke brought the house down and took all the pressure off and I started the song again in my own voice. It all seemed to go quite well and Heather Henson gave a lovely acceptance speech and received the award. 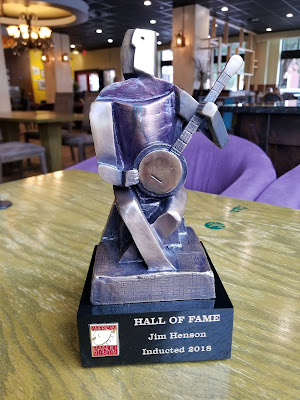 The next day, at the American Banjo Museum, Heather cut the ribbon and officially opened a year-long exhibit featuring a “photo” Kermit holding a prop banjo that was used by the Muppet version of Jim Henson in the Country Trio and also used in the “Muppet Musicians of Bremen.” Additionally, the banjo that was used on a large number of musical tracks on seasons 2 through 5 of “The Muppet Show” was on display. 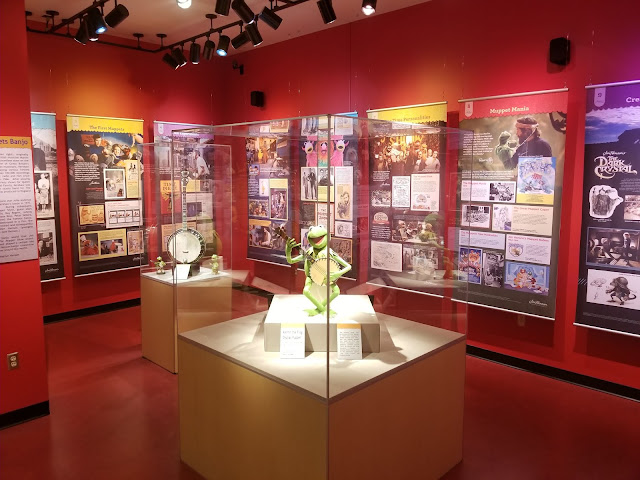 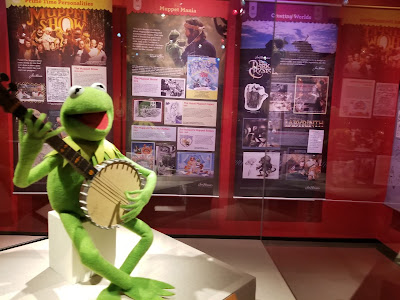 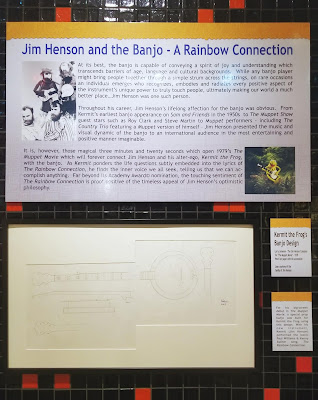 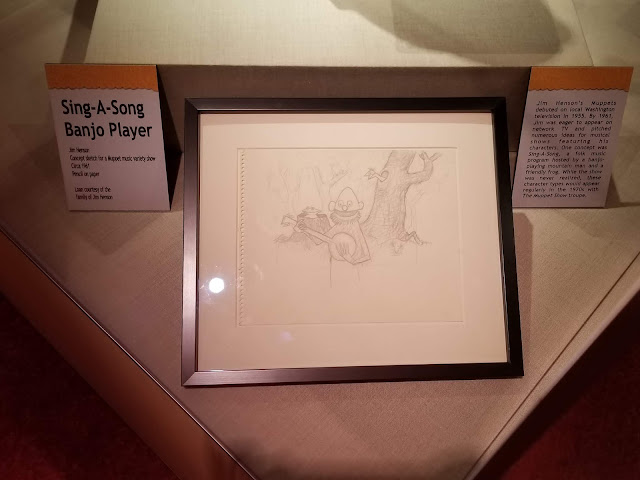 The musician who had played this tenor banjo during those “Muppet Show” sessions had managed to get autographs from many of the guest stars who appeared on the show. There were signatures from Julie Andrews, Peter Sellers, Johnny Cash, Petula Clark, Leo Sayer and even Jim Henson and Kermit. 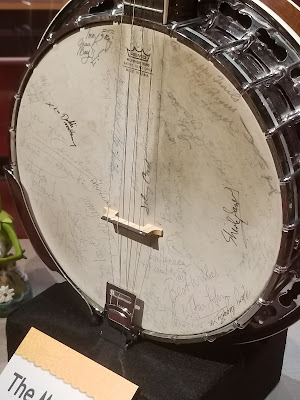 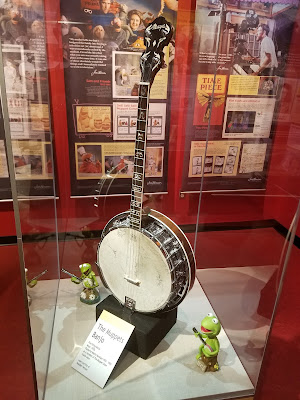 A few years ago, the banjo came up for auction. The owner had been dealing with some health issues and in an effort to ease some medical expenses, was selling off some of his instruments, including this banjo. I saw the auction listing and notified Heather Henson that this was an important piece of Muppet history that did not need to get lost. The Henson Legacy managed to acquire the banjo and now it will be on display at the American Banjo Museum through 2019.

It was an incredible weekend honoring two of my life's passions: the work of Jim Henson and the banjo. I never could have imagined those two worlds colliding in such a specific way, but I was privileged and grateful to have been asked by Jim's family to honor his legacy. And for making me feel like an extended family member.

Many, many thanks to fellow Muppet and banjo enthusiast, Lucas Ross who was instrumental (pun intended) in coordinating the exhibit and making my visit possible. Lucas even had Chubbly on his morning news spot! 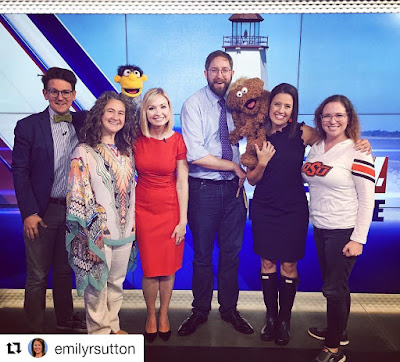 Posted by Puppetsandbanjos at 8:26 AM