A Visit from Joe Mathieu at the Puppet Showplace Theater! 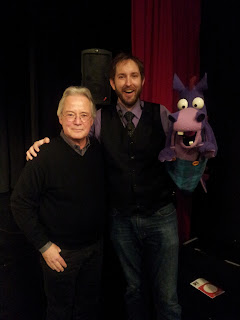 A few years ago when i was toying with an interest in writing/illustrating children's books, I reached out to an illustrator whom I have long admired, Joe Mathieu. I can't emphasize enough how important Joe's role was during the early days of Sesame Street in capturing the essense of those characters in drawings. As a child, I could instantly recognize Joe's work. His illustrations looked and felt exactly like the Muppet characters. He gave me an insight as to why his work was so infused with the personalities of each character.
Nowadays, there are style guides for the characters which guide aritists in a variety of mediums as to how the characters should be rendered. When Joe started working for Sesame, no such guides existed. He only had the actual puppets to work from. He would visit the set on a regular basis to watch the Muppet performers at work and to see the life they brought to their characters. He explained that often, he'd see others trying to illustrate the puppets while they were on a stationary stand. But it wasn't until the puppeteer put the puppet on their hand that the characters really came to life. 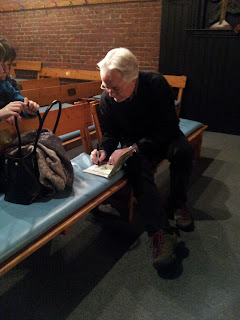 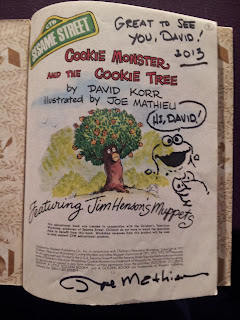 Posted by Puppetsandbanjos at 4:27 AM No comments:

I had the privilege of being the "model" for the February installment of Drink and Draw at Decatur Mellow Mushroom, hosted by my friend Jon Waterhouse, better known as the Pop Culture King on Atlanta's AM1690.

Of course, my puppet characters were the true models. As you can see, these talented artists came up with some wonderful interpretations. It's fascinating to an artist/illustrator's depiction of, well, a moving piece of art; how they translate characters into their own artistic style.

Here are some of the drawings that I had to judge and award. It was truly a difficult decision! So many wonderful drawings!! 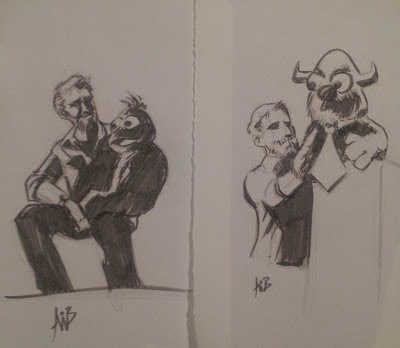 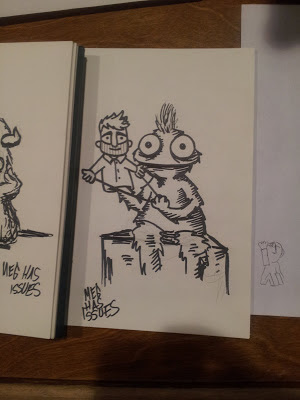 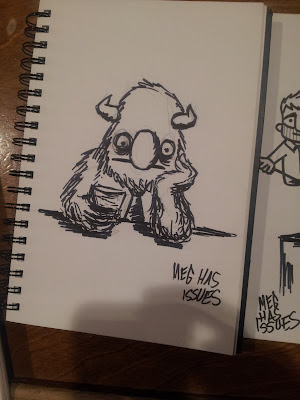 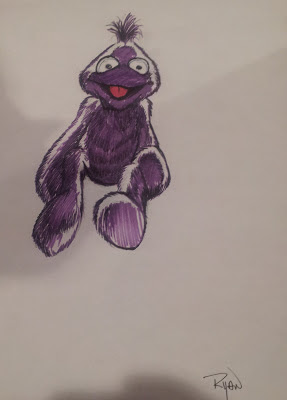 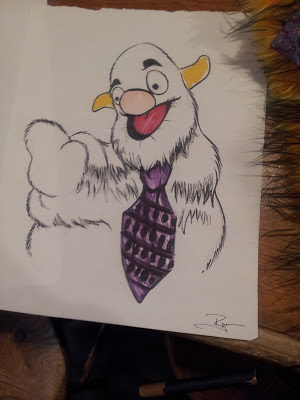 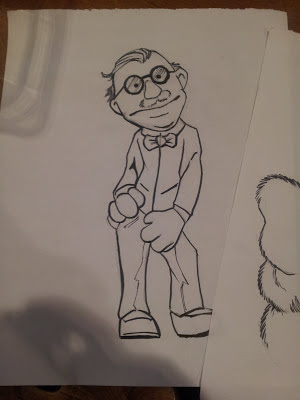 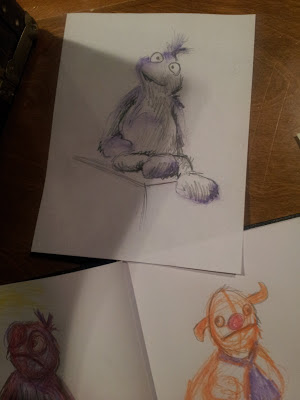 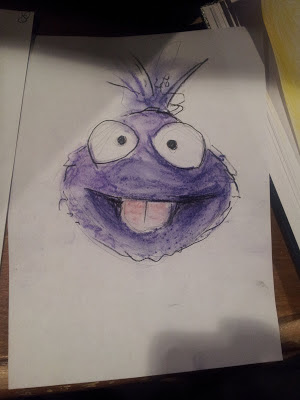 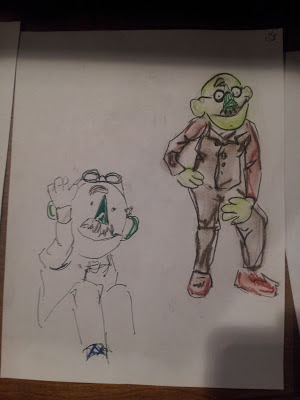 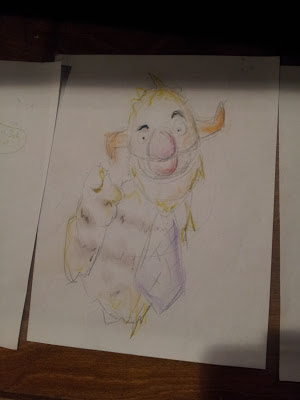 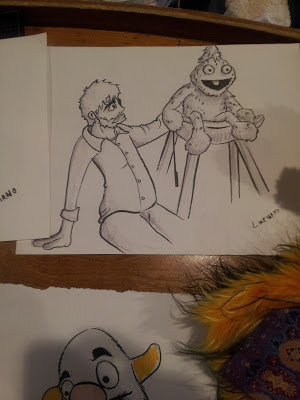 Posted by Puppetsandbanjos at 6:49 AM No comments: