After the success of my first music video, "Trying to Lose a Raincloud," I got the itch to do another. Because it seems to be such a favorite, "Banana Pudding" (from my newest album, "A Year and Some Change") was chosen for the next project.

Atlanta film director and puppet fan, Sam Carter was on board to direct and we had a meeting to talk about ideas and possible puppet characters. Monkeys needed to be built. And a Banana Pudding Monster. So, I did some drawings. 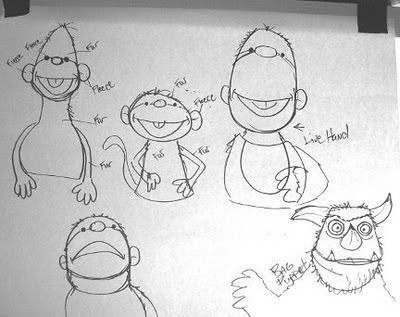 Then, I called my eager puppet building assistant, Scottie Rowell to help with the build of four monkeys. Well, three monkeys and one orangutan. Here they are: 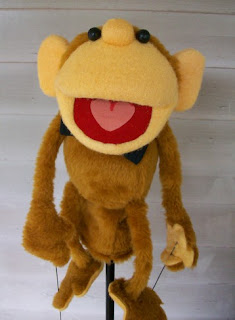 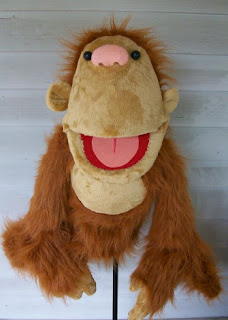 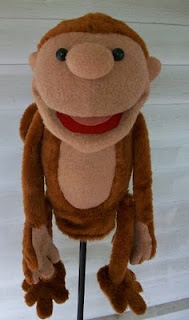 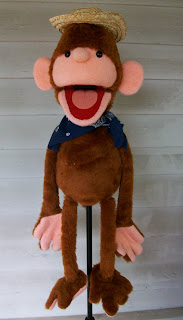 Pretty darn fine, I'd say! Scottie deserves a lot of credit for the work on these puppets. He was such a tremendous help. 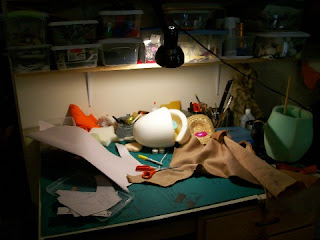 A cluttered worktable is a happy worktable. 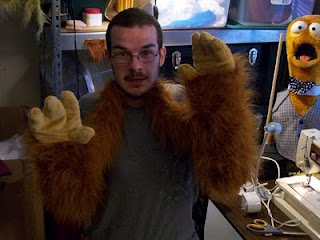 This is Scottie. He deserves a hand. Actually, two of them. 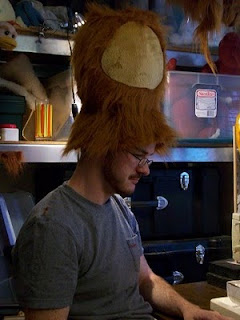 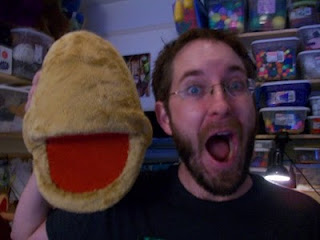 The small monkey got all Dali-ed up for the opening of the Dali exhibition at Atlanta's High Museum of Art. When asked what I do for a living, I said I was a 'Dali' -wiggler.
Banana Pudding Monster photos will be forthcoming!

Posted by Puppetsandbanjos at 4:26 PM 2 comments: