Over the last 8 days, I had to fulfill my civic duty by serving as a juror at the Fulton County Courthouse in downtown Atlanta. Most of us have been through this process. First you receive your invitation (summons) to attend the "jury pool party" on the 7th floor of the courthouse. The day prior to your summons date, you call to find out if your jury section has been dismissed. In most cases they are. However, I was not going to be so lucky this time. I did, in fact, have to wait with the rest of the prospective jurors on the 7th floor until my number came up. Number 29 to be exact.
40 prospective juror names were called and we were shuffled down to the second floor and we sat in rows of ten before Judge Susan Forsling, who began the process of jury selection. This was to be a civil case between a plaintiff and a defendant. Lawyers for both sides began asking questions of the jury pool and then we were asked to individually introduce with our names and occupations to the court. Right then I knew I was a "sitting duck in a jury pool," having no ties to the medical or legal professions. When I told the Judge I was a puppeteer, she lit up. "Tell us all about THAT!" she said.
I could tell my fate as a juror was sealed.
Over the next 8 days we heard the case which involved a worker (the plaintiff) who was seeking damages for employer negligence on a job site where he reportedly was exposed to dust and fumes from fiberglass work such that they caused him permanent harm and rendered him incapable of further employment.  Lengthy testimony was given by medical experts for both sides. The plaintiff's obviously saying he had certain issues which were caused by his exposure on the job site; the defendant's experts who said none of his medical workup backed up his claims of symptoms. A lot of medical terminology was thrown all over the courtroom, encircling the heads of the jurors and we had to make some sense of  it all. The same was true of co-workers and safety experts from the job site who spent a great deal of time talking about safety protocol for workers. A plethora of acronyms were continually thrown at the jury on a daily basis.
We spent a lot of time in the jury box listening both to live witnesses and written depositions. I was amazed at how exhausted I would be at the end of any given day, just from sitting and listening. Concentration became flat-out taxing. And what has always helped me concentrate, from the time I was small until now, is doodling. What follows are my courtroom jury box doodles. All coloring was done in the jury room, not in the courtroom, lest you think Atlanta is so lax in form to allow Crayolas.
See if you recognize these familiar (or maybe not-so familiar) characters: 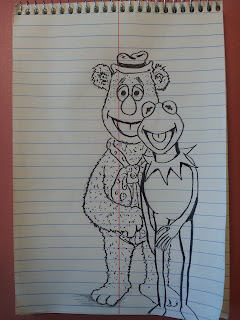 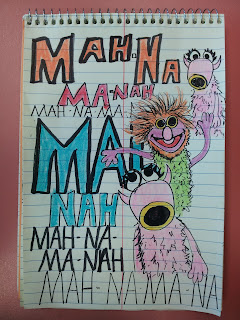 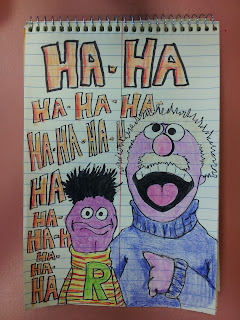 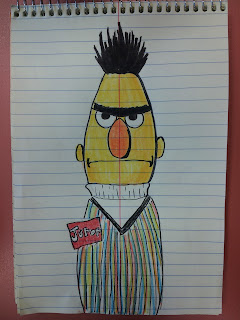 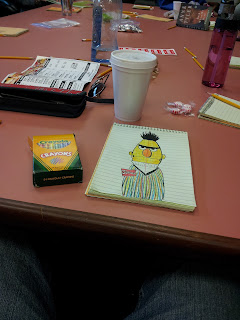 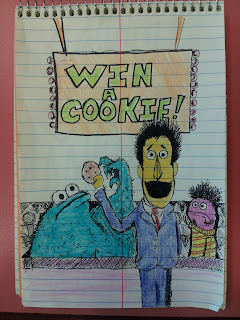 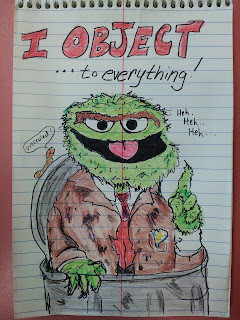 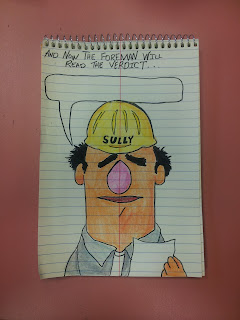 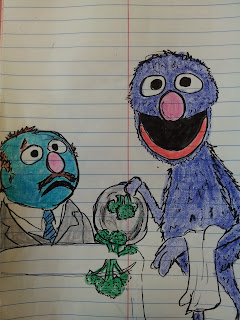 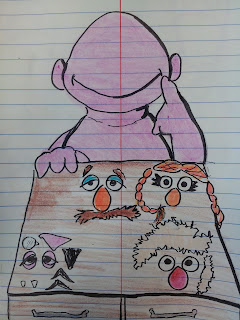 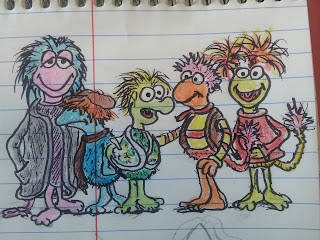 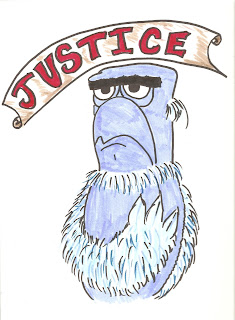 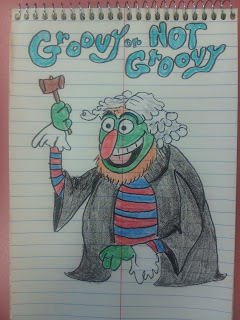 By mid-day of our seventh day, both sides had stated their case and given closing statements. We were charged to consider the evidence and deliberate and render a verdict. I learned never to leave the room after deliberations begin because, upon returning I learned that I had been made Jury Foreman. Lucky me. My experience with public speaking, I suppose.
As a jury, we were definitely a unique group coming from a variety of backgrounds, ages, occupations, etc. But there were no hostile exchanges while deliberating and we took the time to hear out everyone's particular opinions on the case based on the facts. It turned into quite the discussion. Ultimately, we felt that the plaintiff's medical records were inconclusive and did not hold up to expert scrutiny. (We even had the doctor who wrote the first paper identifying the condition the plaintiff claimed to be suffering from and he was especially unconvinced). We also did not feel his employer was negligent when it came to worker safety. Based on those elements, we unanimously found in favor of the defendant.
As foreman, my name was read into the record and I pronounced the sentence. I also had to sign as foreman on behalf of the jury on our verdict. So, now my name will be associated with this case on the record. Its one thing to serve on a jury, quite another, I have found, to realize that forever by name, you're associated with it. 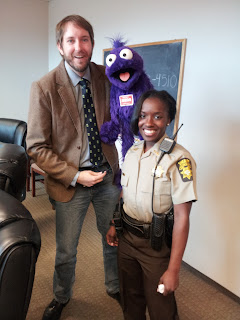 This was our wonderful bailiff, Deputy Walker. She took care of us all week. And, in some cases, kept some of us awake during the trial... 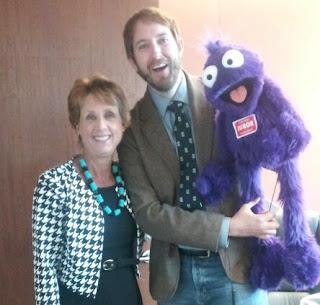 The Honorable Judge Susan Forsling, who said that having her picture made with Norbert was
"a highlight in (her) career."
Incidentally, like the Crayolas, Norbert did not make an appearance in the courtroom, just the jury chambers. Judge Forsling said were he ever called to serve on a jury, she'd make Norbert sit next to her. By Georgia law, it'll be at least 18 months before I can be called to serve again, so Norbert and Judge Forsling will just have to wait.


Posted by Puppetsandbanjos at 3:21 PM No comments: