What now seems like a very long time ago, I developed some characters for a show called "The Pirate Stanley Show." I am pleased to say that I have finally begun in earnest to bring these characters to life. The first character I decided to tackle was Pirate Stanley's sidekick, Squiddles. Here's his initial sketch: 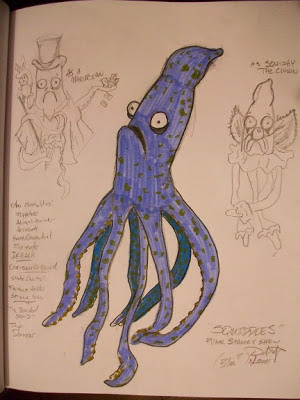 Here's a more refined sketch, actually closer to what the final puppet looks like: 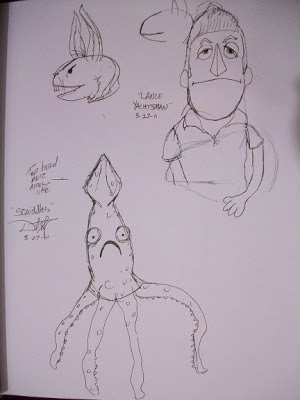 Using the sketches, I start developing patterns. Here's the initial pattern idea for his head: 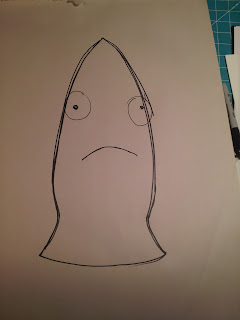 I used some cheap green 1/2" foam from the fabric store to make a mock-up of Squiddles' head: 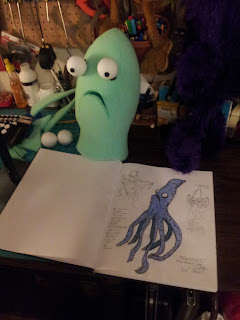 Now with mock-up tentacle and mantle: 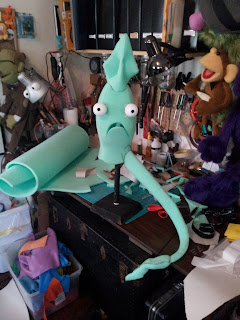 Once I decided on the final patterns, I trace them all out onto foam rubber. The tentacles, mantle and hands are made of 1/2" foam. The head pieces are made of 1" foam. 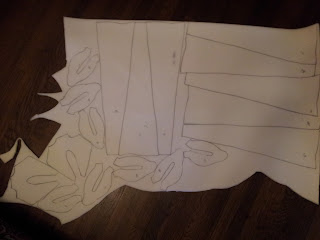 Here are the cut foam pieces: 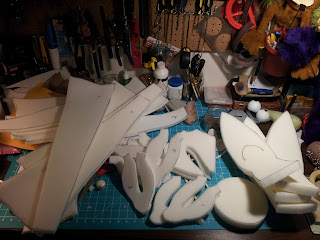 Using Weldwood Contact Cement, I began joining the pieces together. 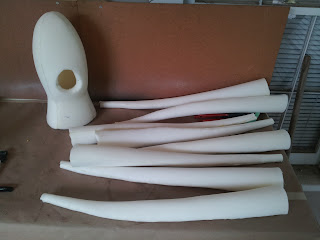 With the mantle attached to the head, I started getting an idea for tentacle placement. 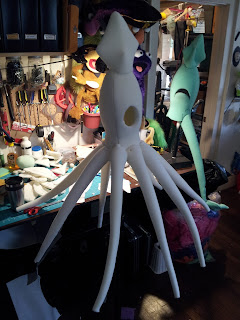 Over the years, I've gotten better about lining the insides of my puppets not only for the comfort factor, but also to increase the puppet's durability. This is sort of a shot of the head lining insert. 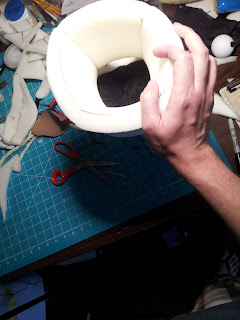 Specially made pockets for arm rods are placed inside the palm of the foam hand. 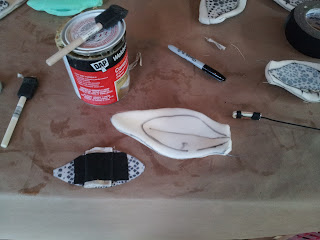 Here are glued pieces. If I had done proper research, I would have known that squids have ten appendages: 8 tentacles and two longer arms with hands. I assumed that squids had the same number of total appendages as octupi. I also thought each tentacle had a hand attached. Eventually, I got rid of the superfluous hands and added two tentacles. 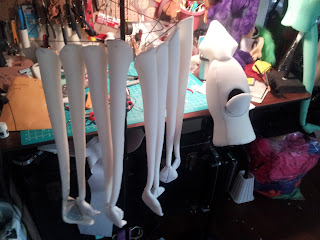 Once work on the foam was completed, I dyed two yards of Antron fleece to the desired color. Then I began the arduous task of covering the foam pieces with fleece. With the head, great care is taken to get that nice curve around the corners of the mouth. 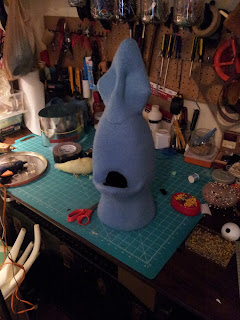 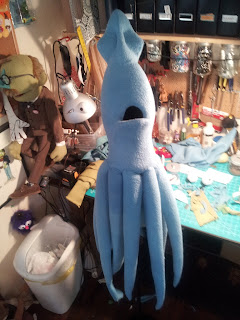 The tedious task of hand stitching spots and tentacle suckers! 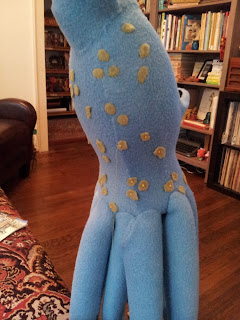 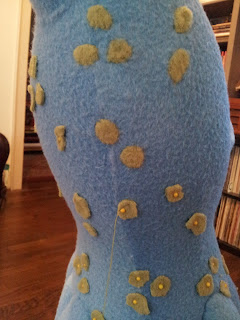 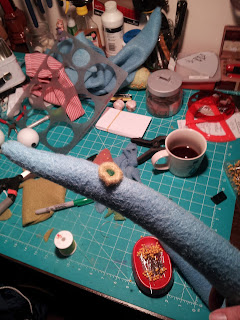 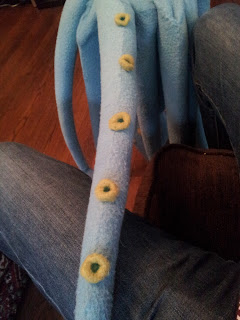 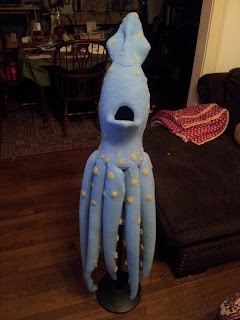 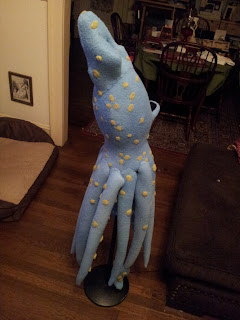 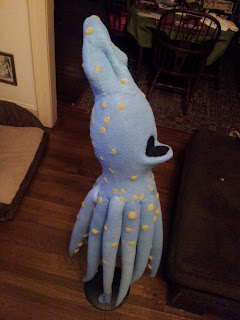 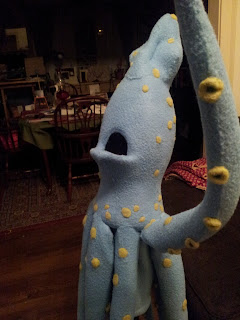 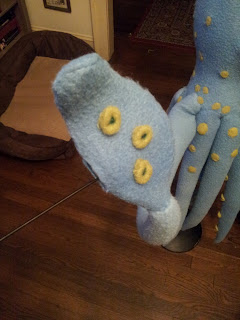 And here's the finished Squiddles! I'm really proud of how this guy turned out. 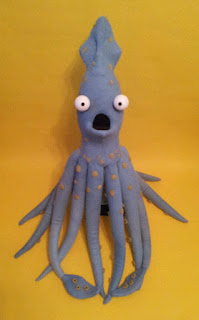 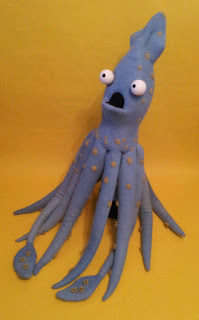 His eyes are made from two oversize ping-pong balls I bought at Spencer's Gifts. They were designed as gag beer pong favors, but I scooped up all I could find for puppet eyes! 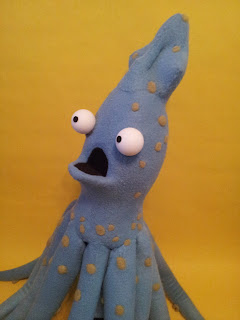 Posted by Puppetsandbanjos at 4:08 AM No comments: