Here's a custom monster I just finished for my friend, Zachary. He gave me some ideas of the monster he wanted, including an eyebrow mechanism! He was a lot of fun to work on! 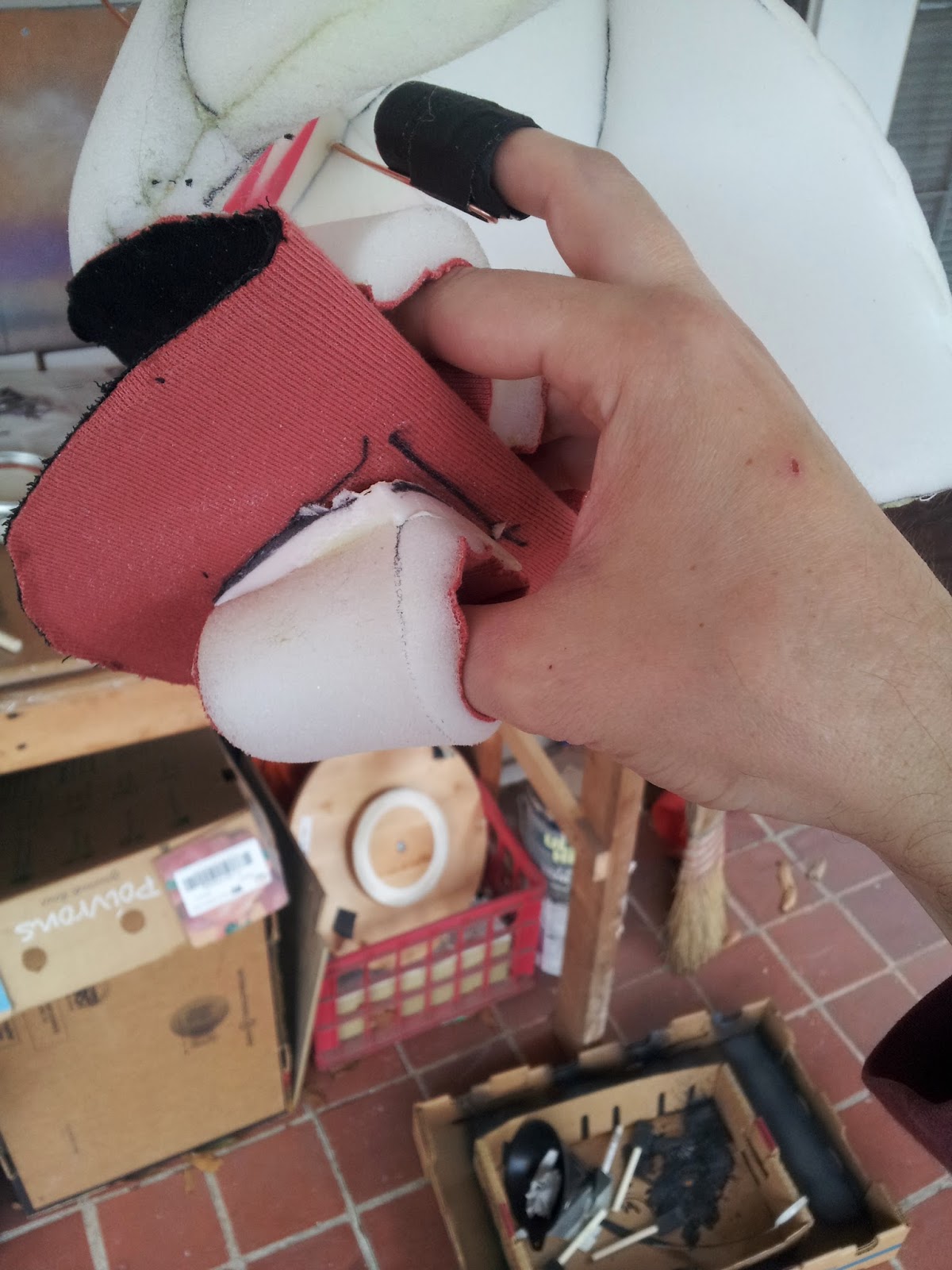 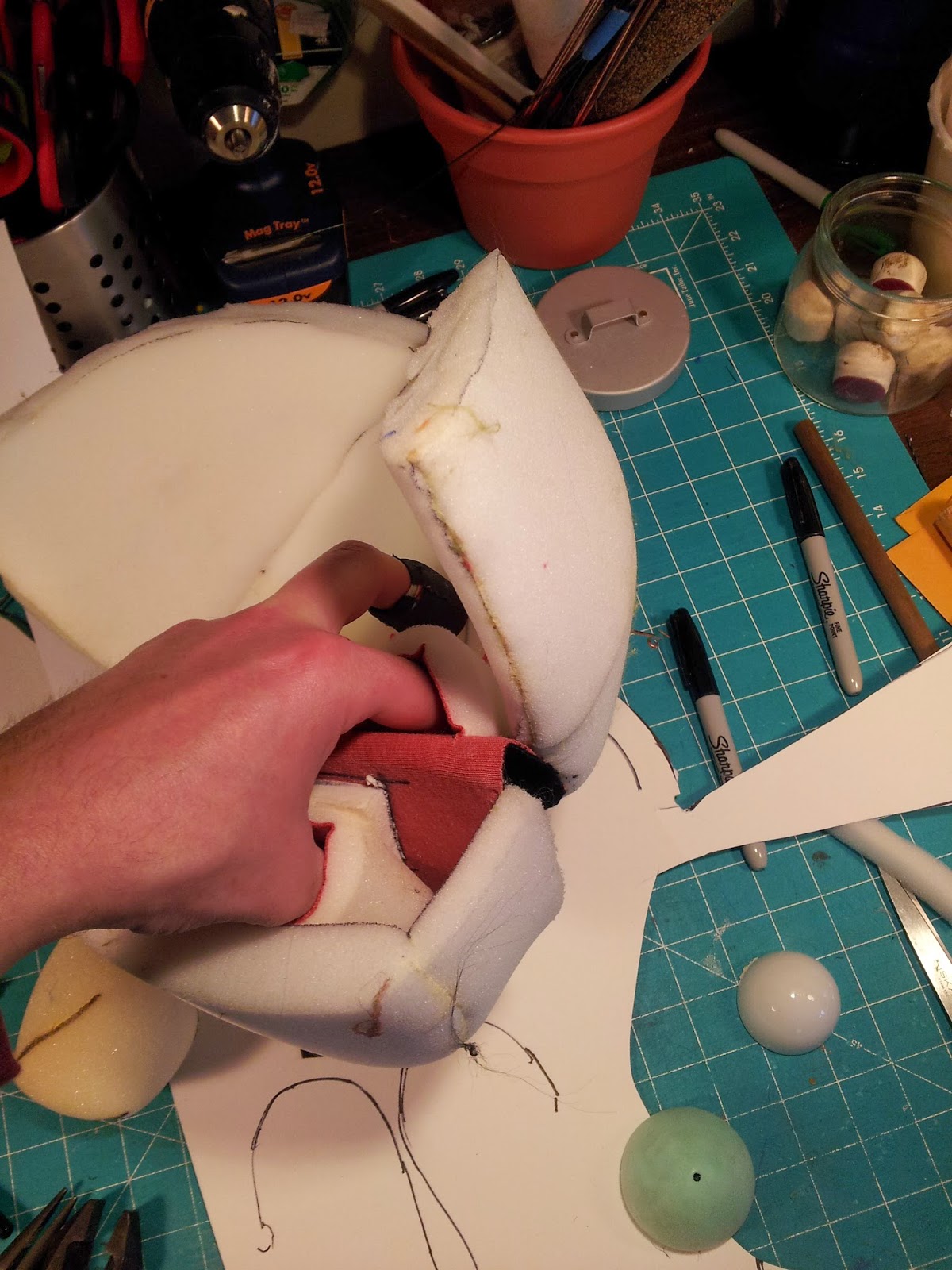 Here's a look inside the head. The eyebrow mech is a simple one: a piece of welding rod that curves around each eye and loops inside the head to form a lever. When pushed up, the lids go down. When pushed down, the lids move up. This is controlled by the middle finger of the performers' hand. 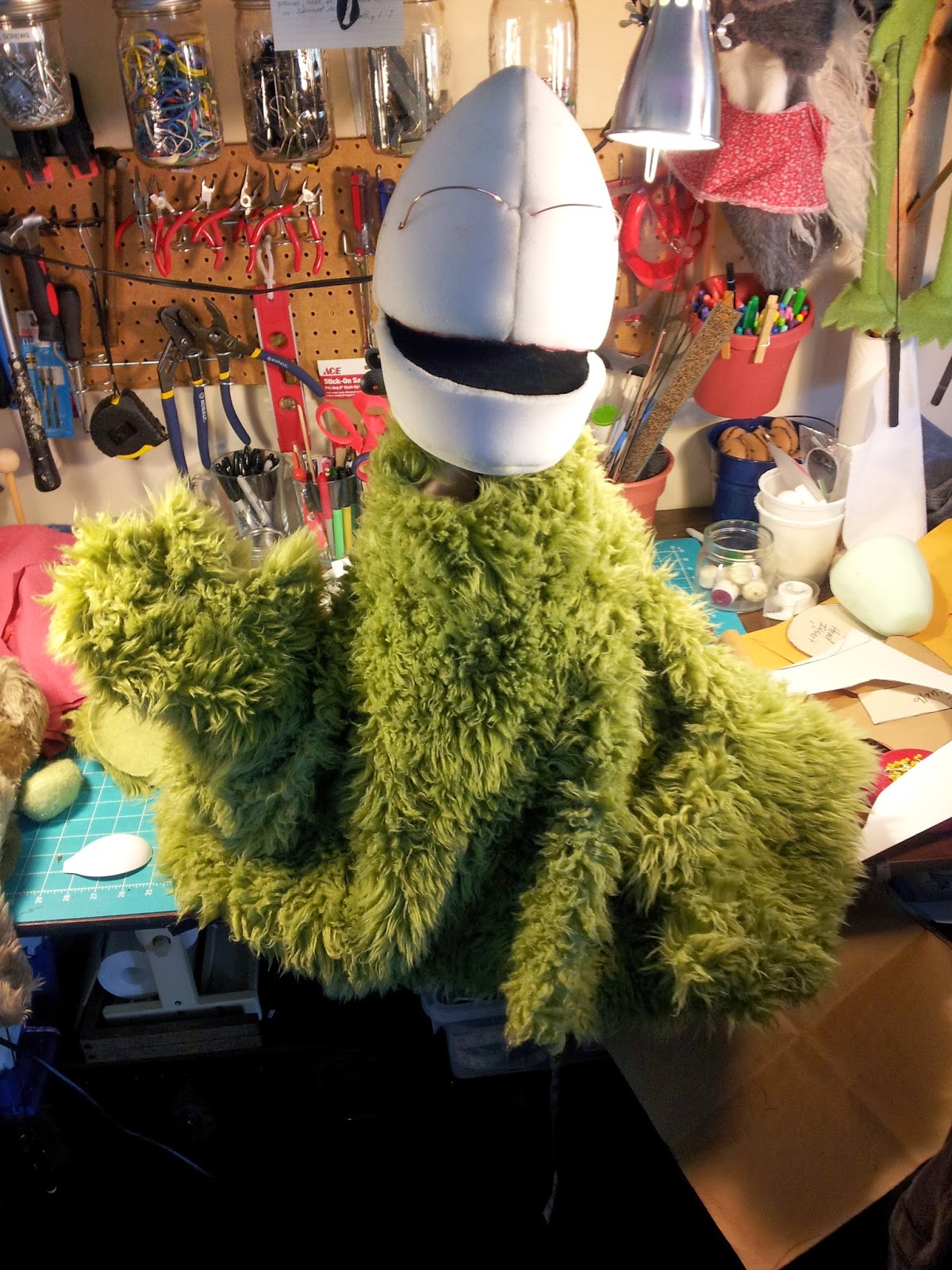 To create the gnarly texture for the monsters' fur, I used an old Muppet trick of boiling the fur fabric first. 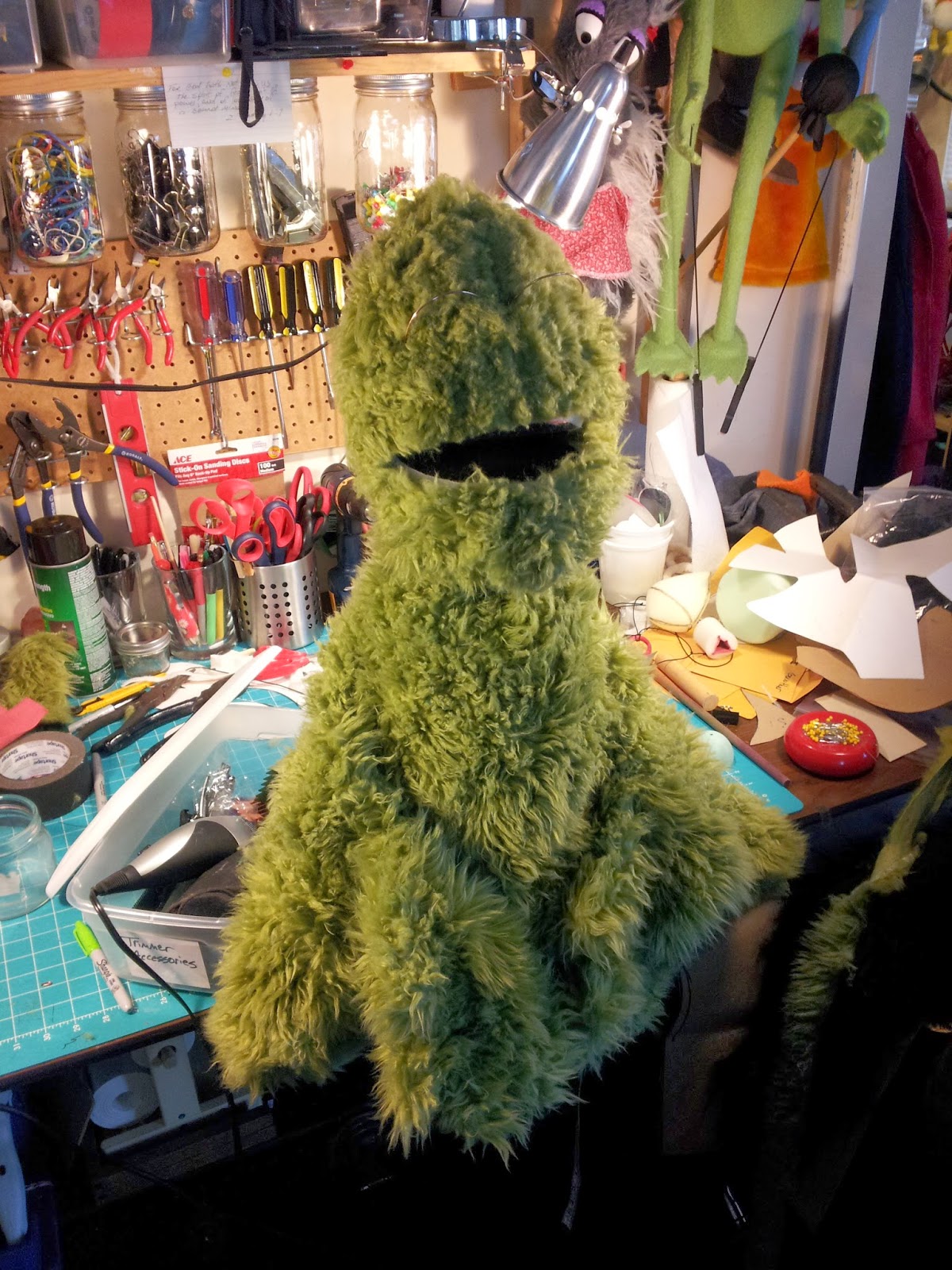 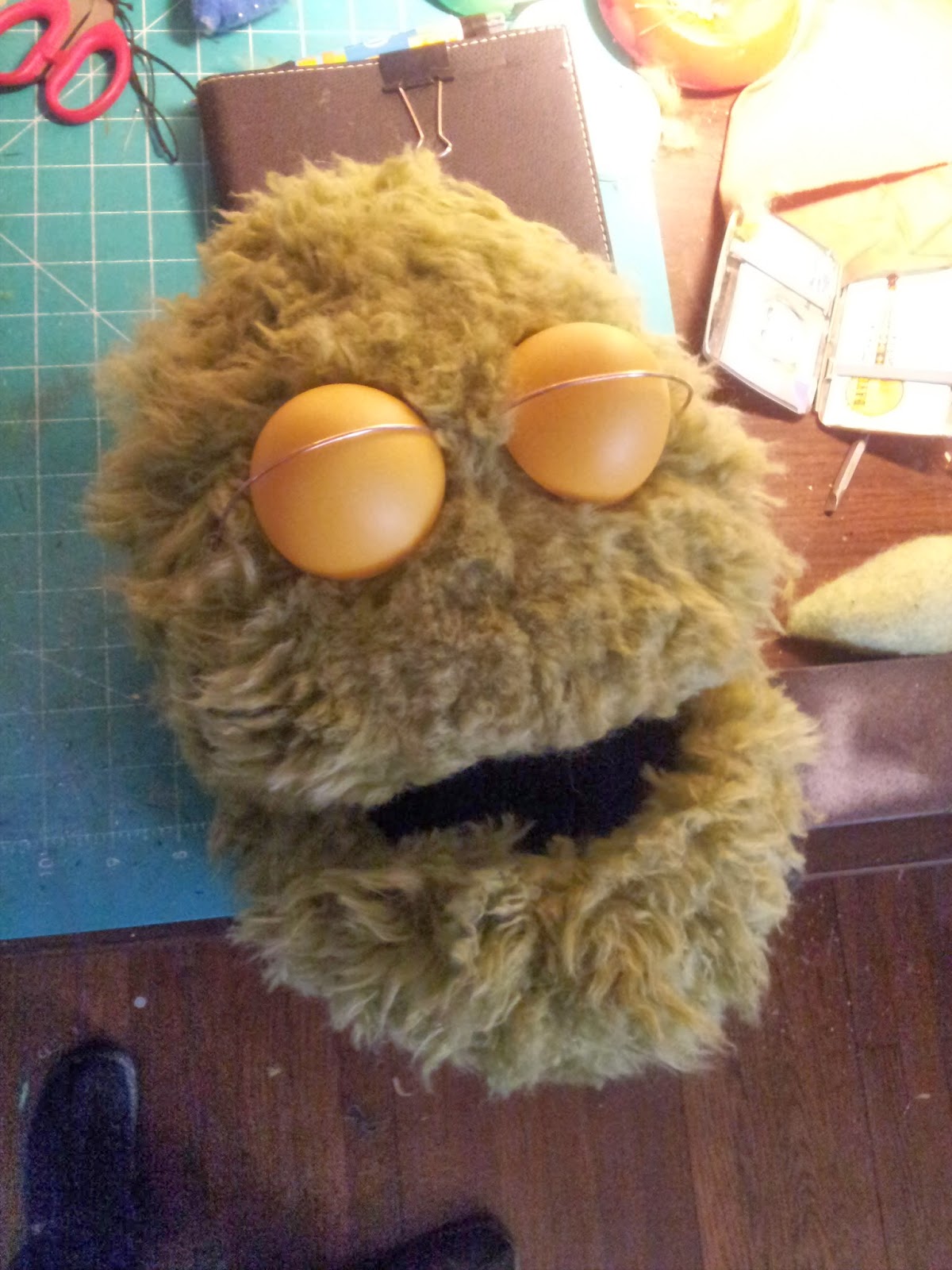 These eyes are made from large sized Easter eggs! 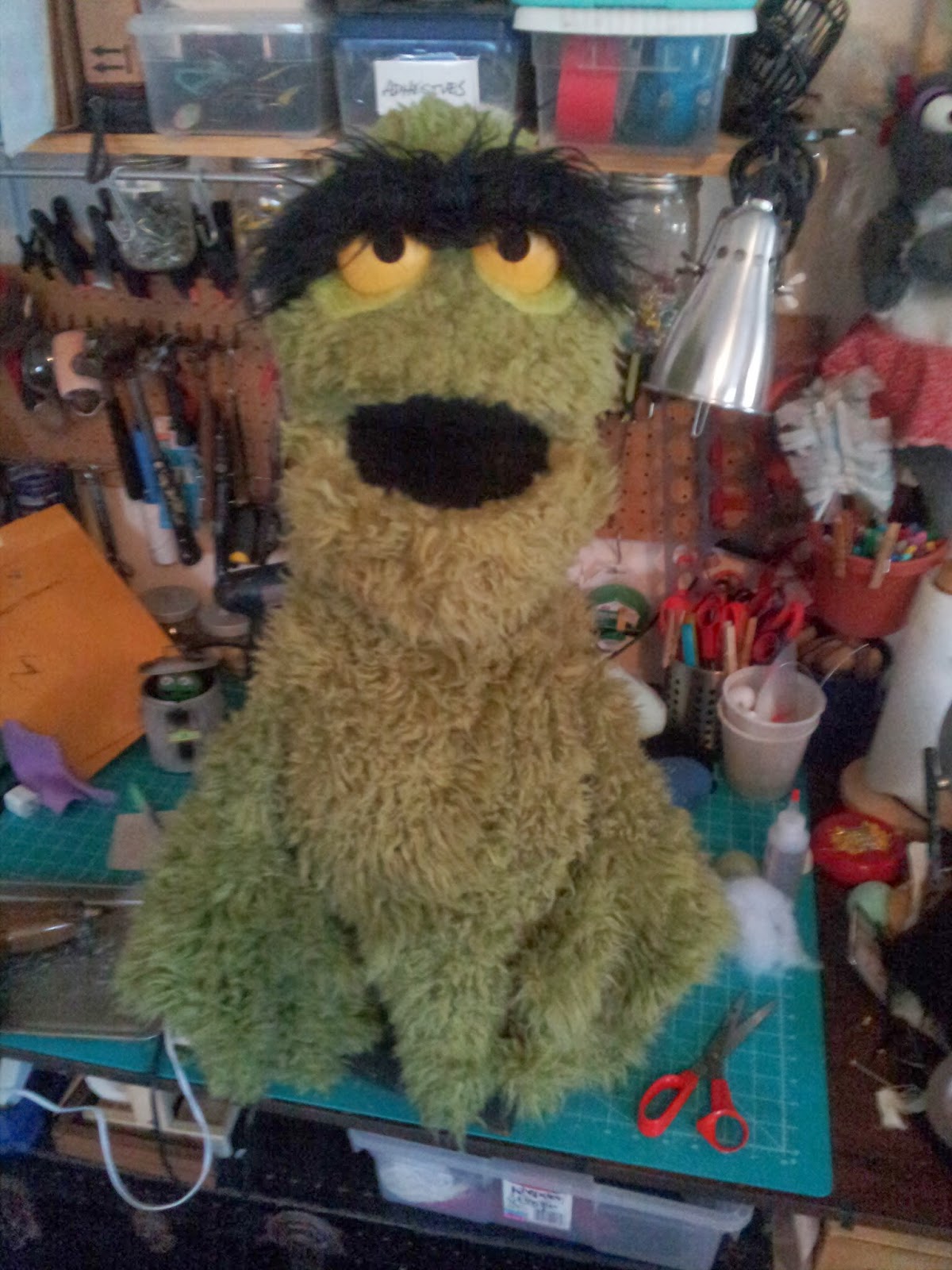 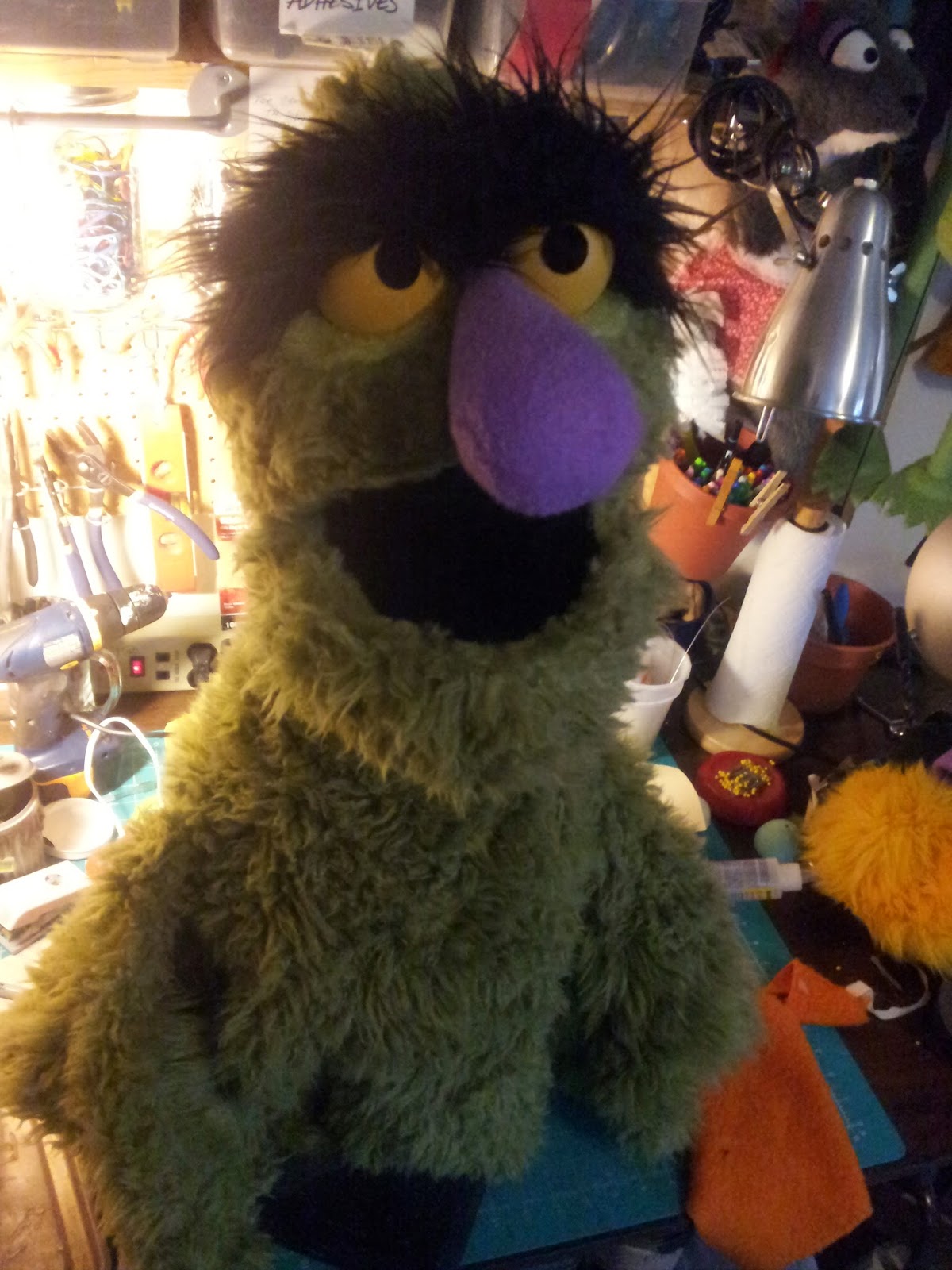 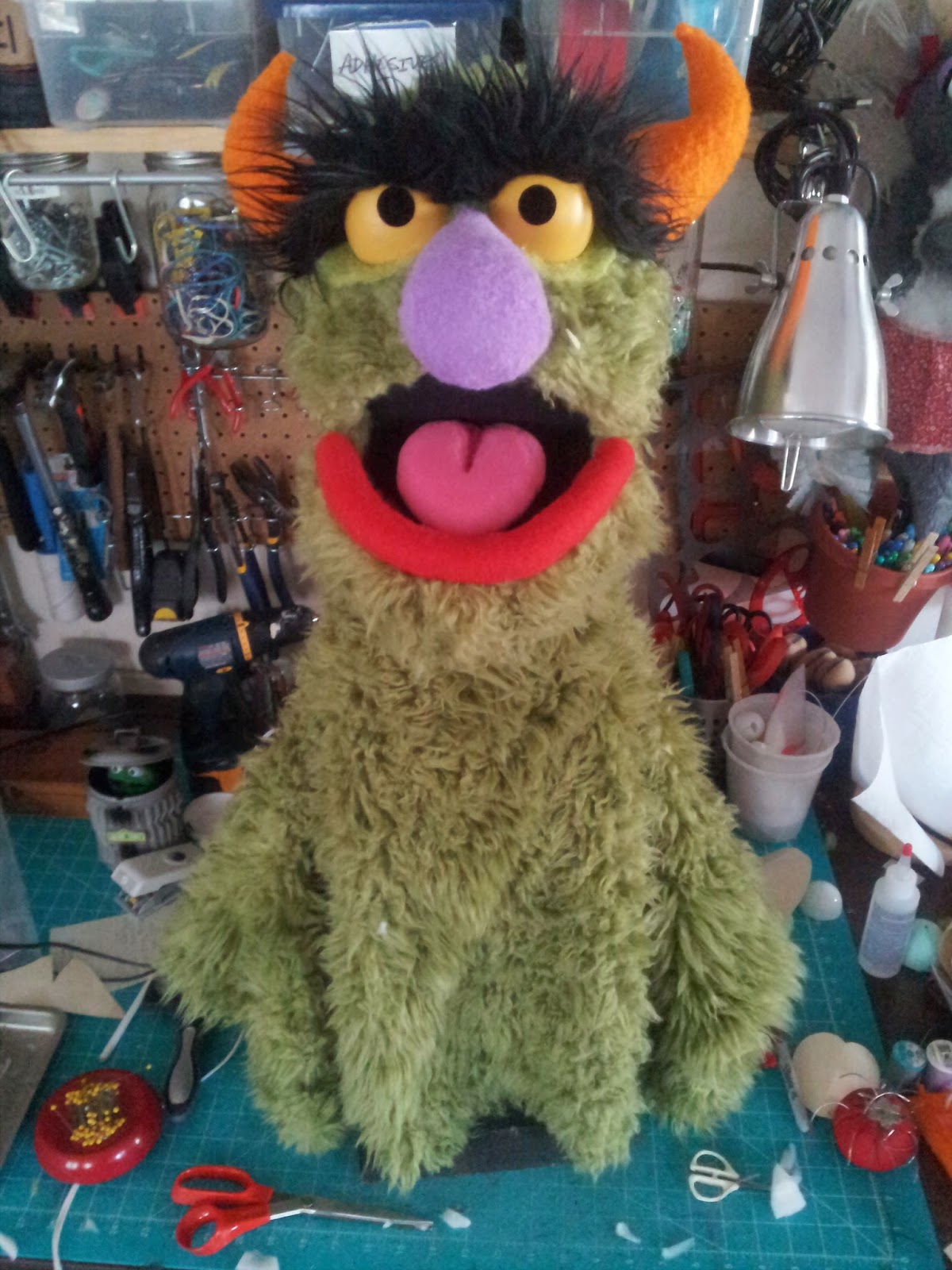 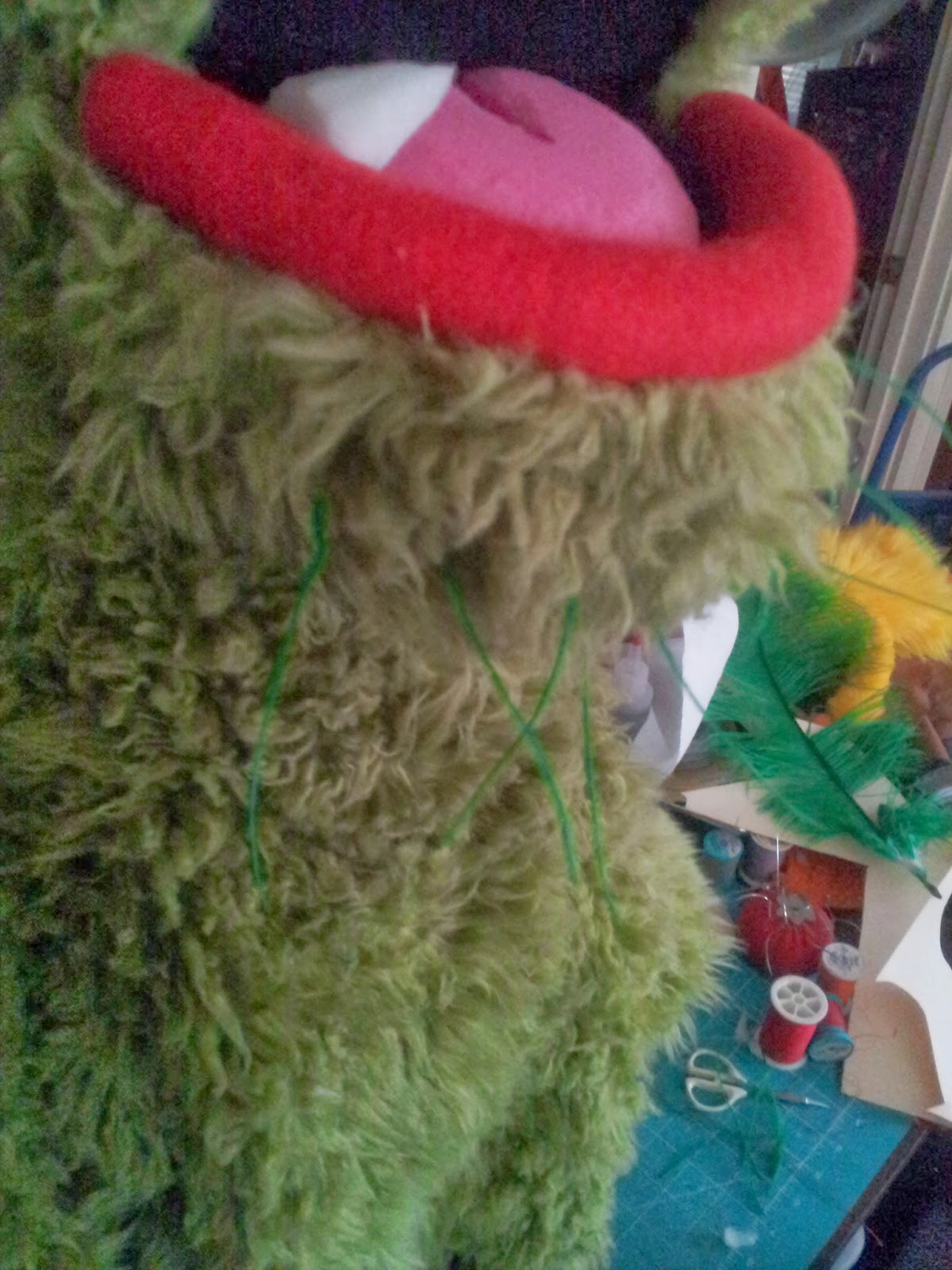 Whips of feathers were added into the fur to give some added texture. 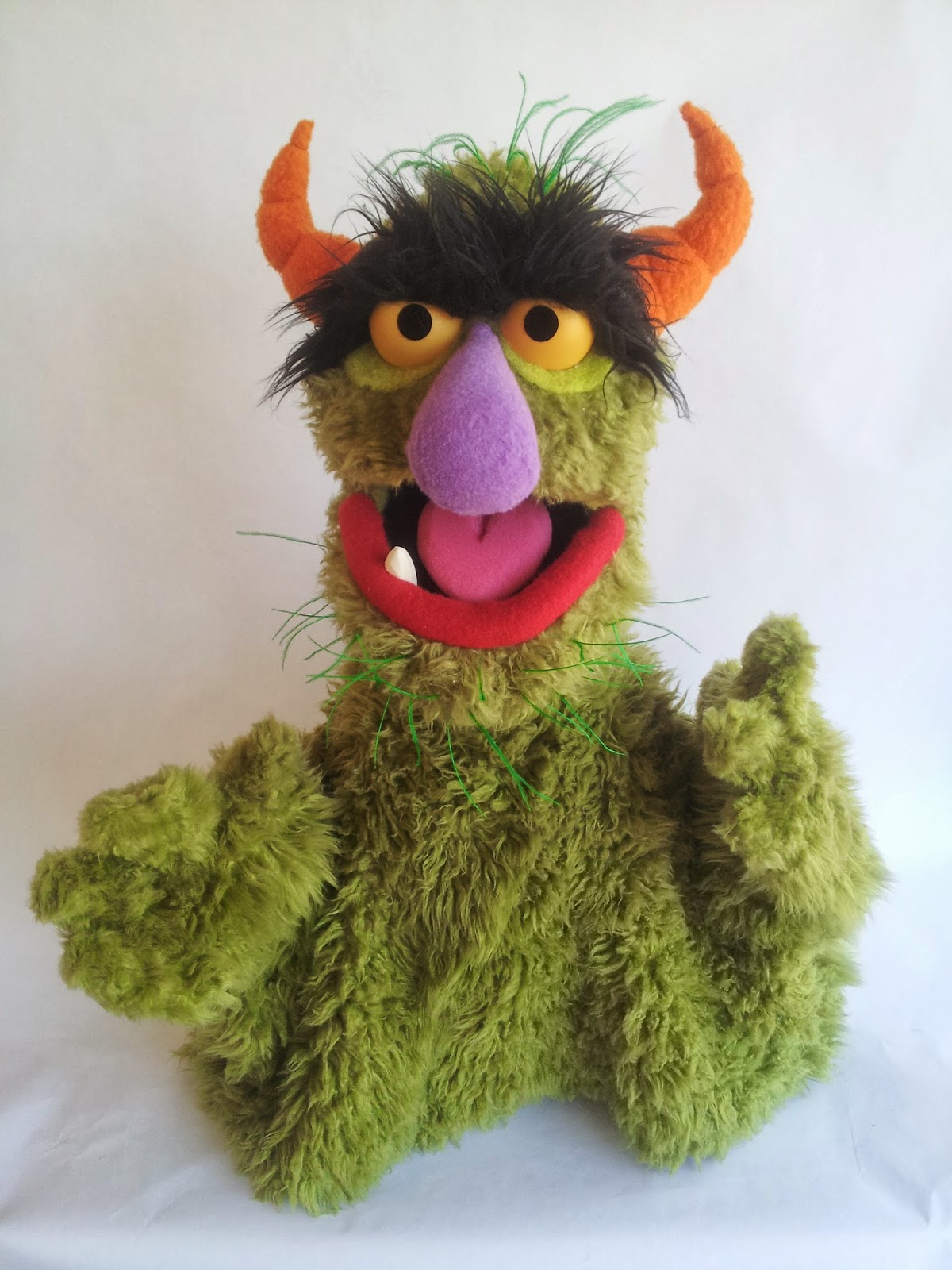 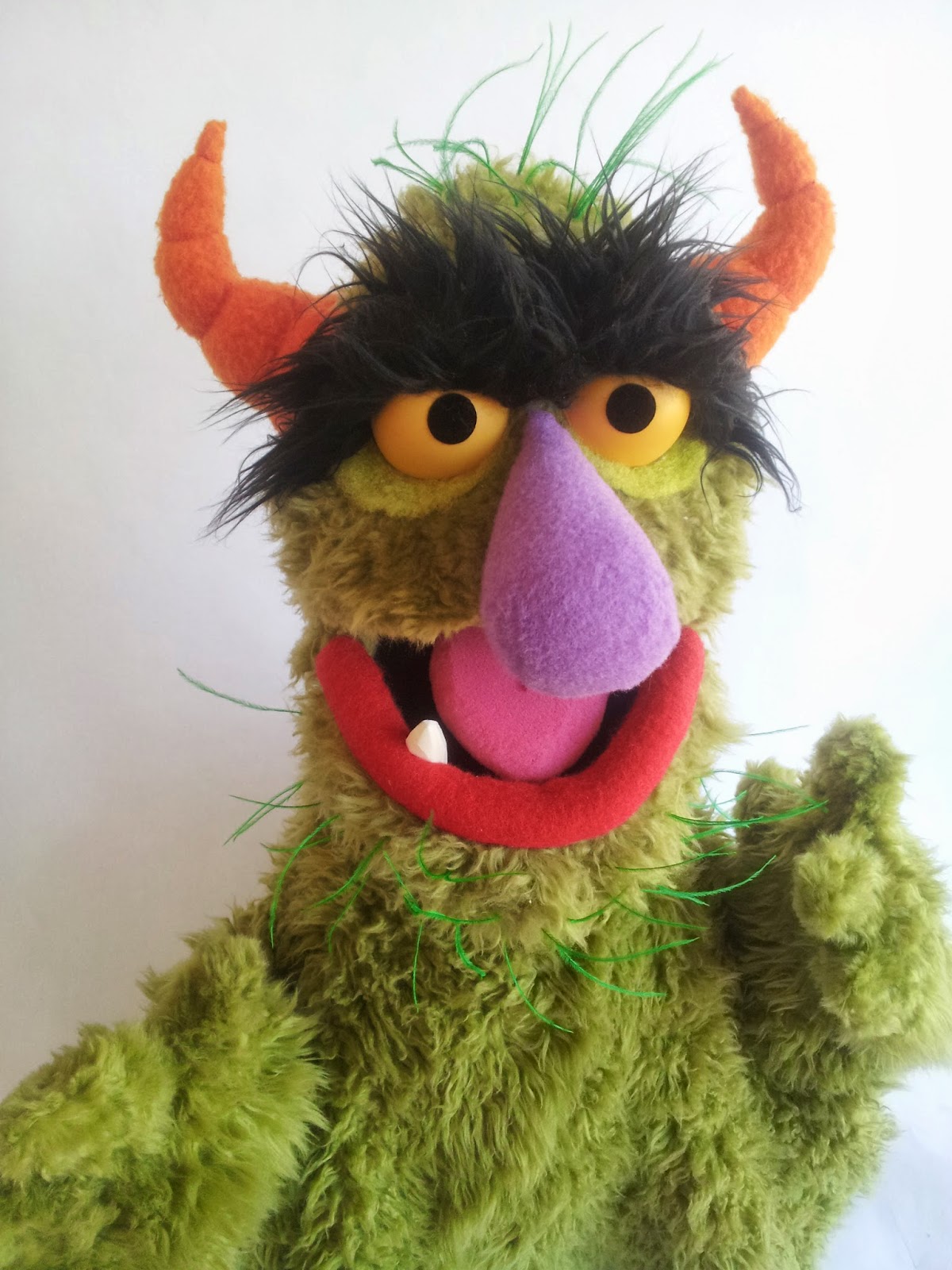 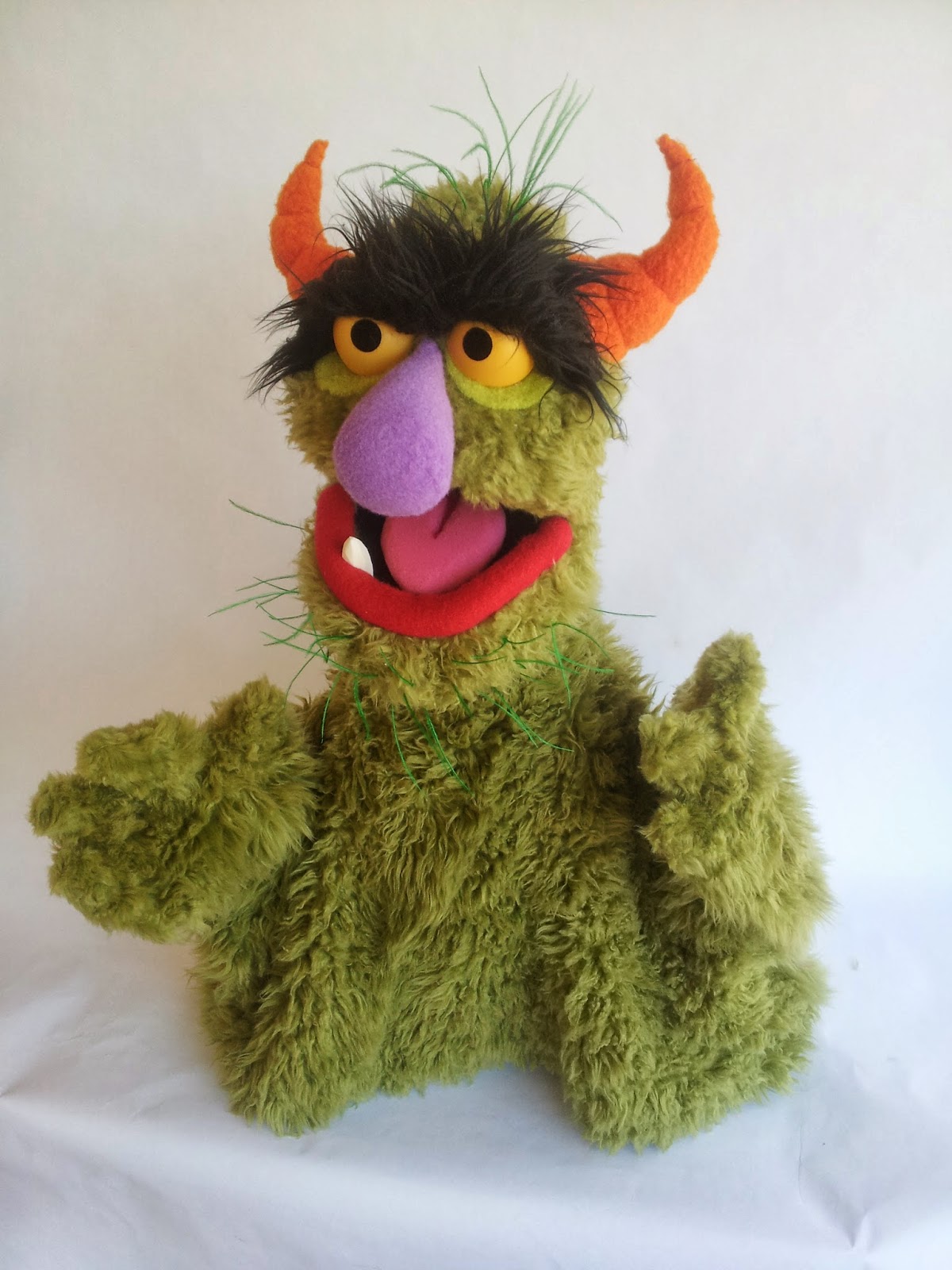 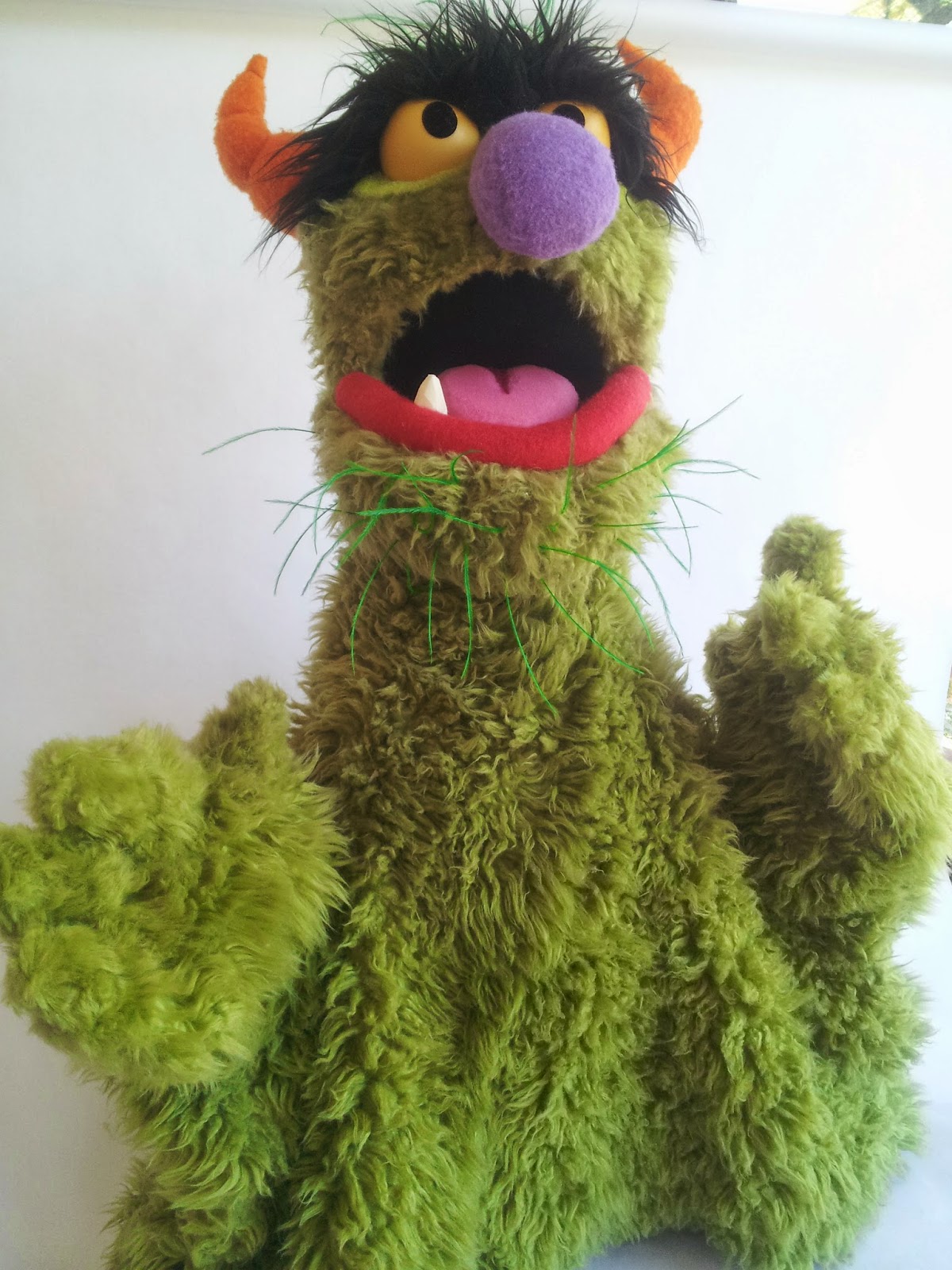 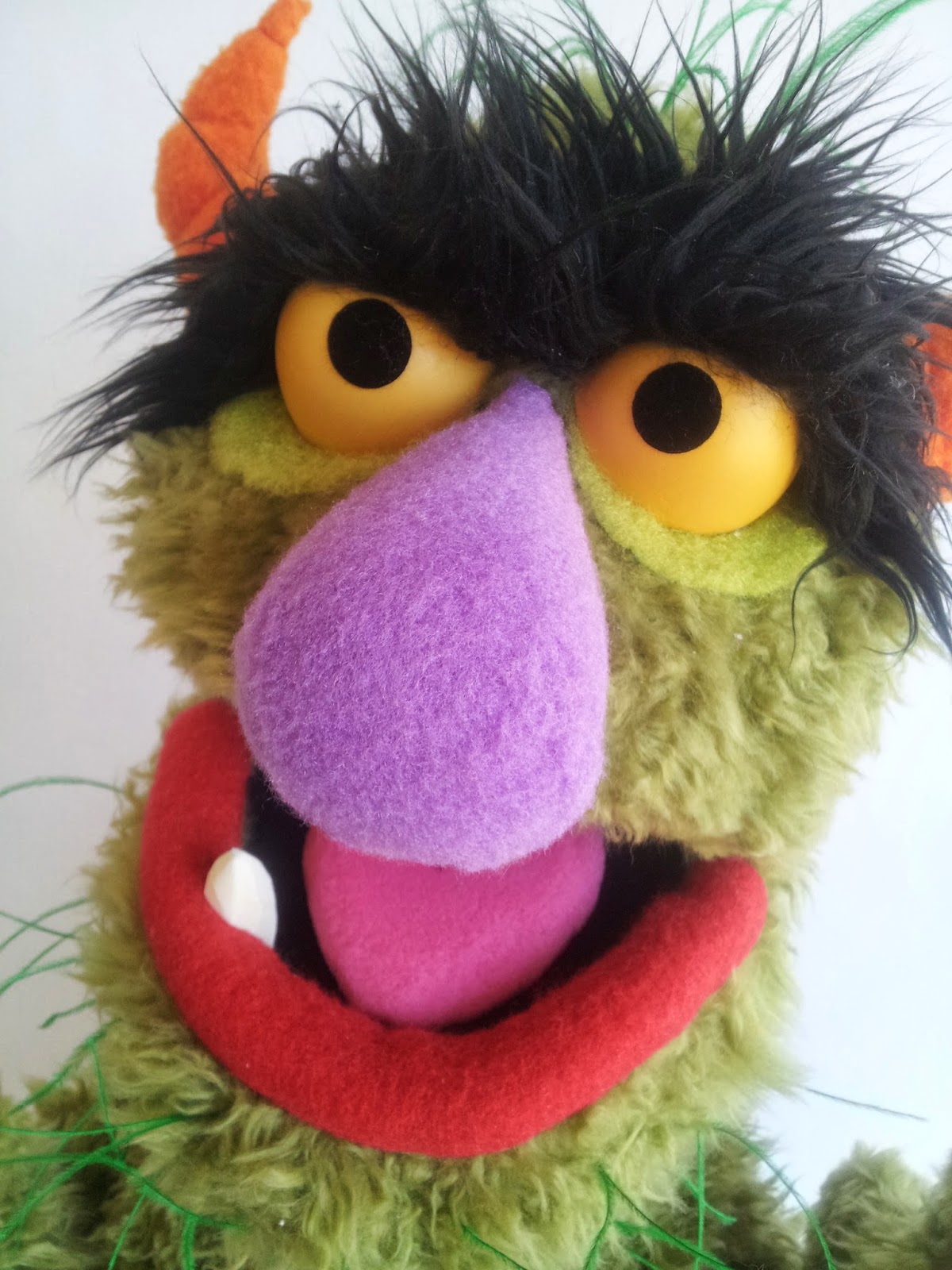 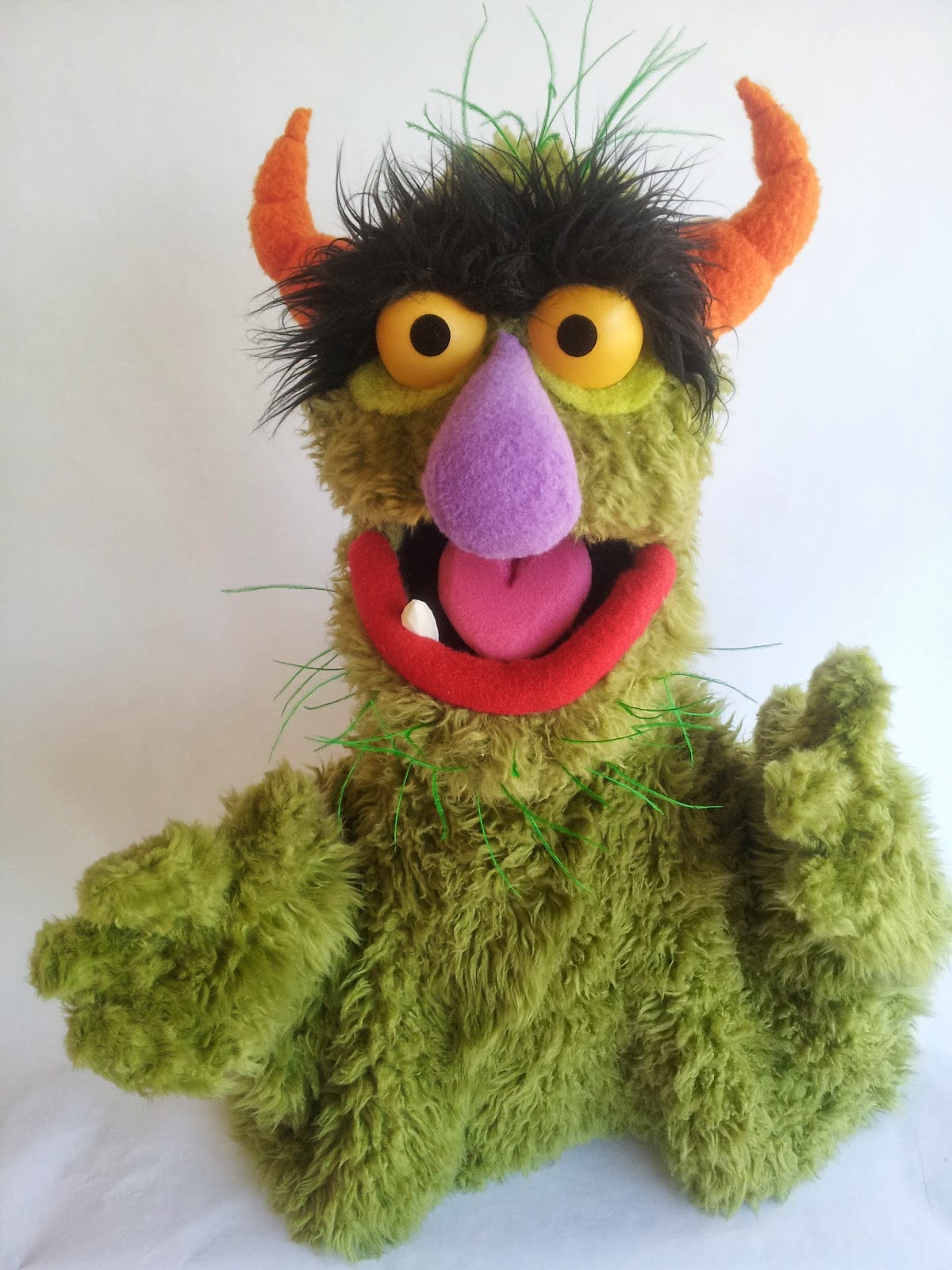 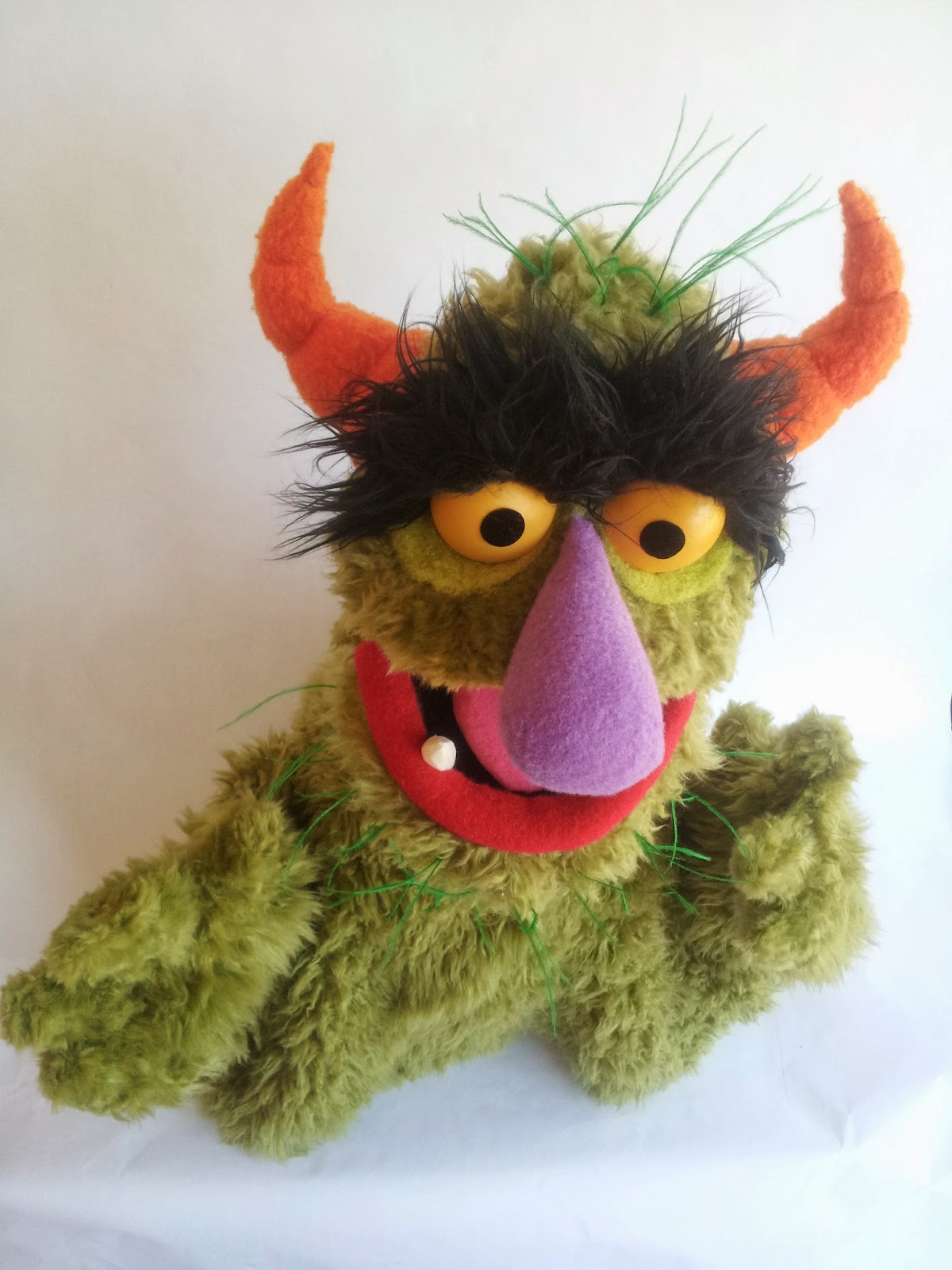 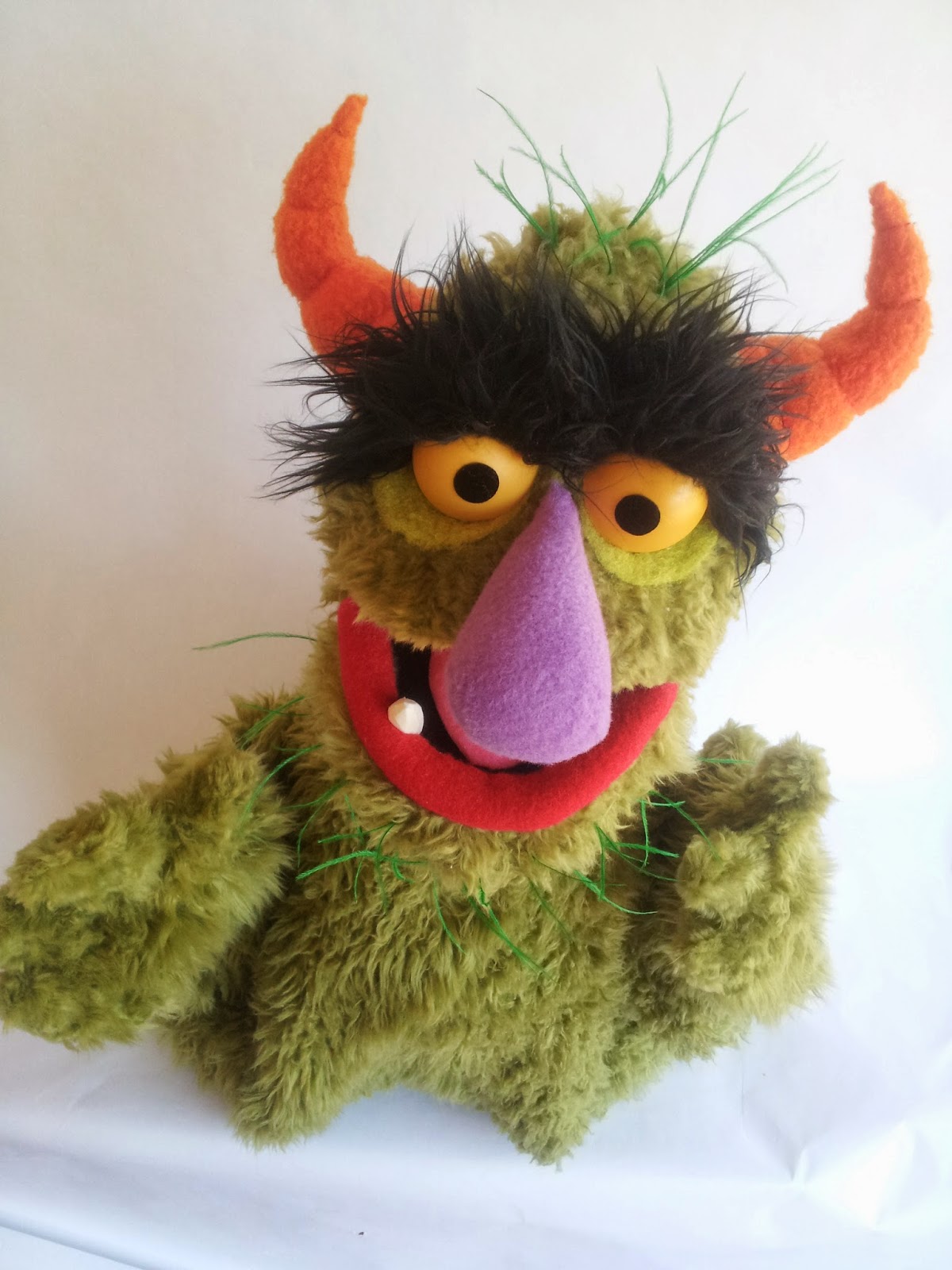 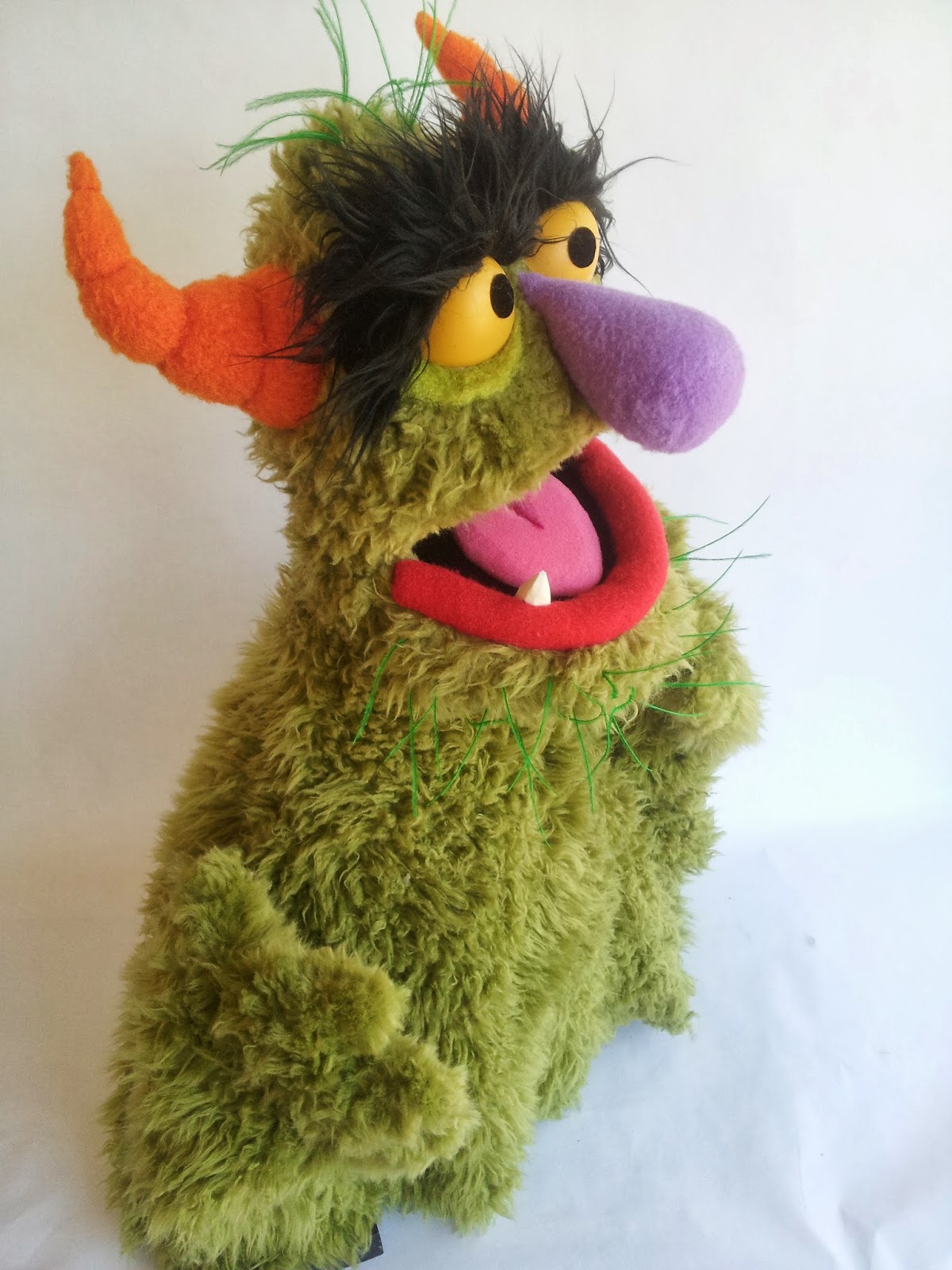 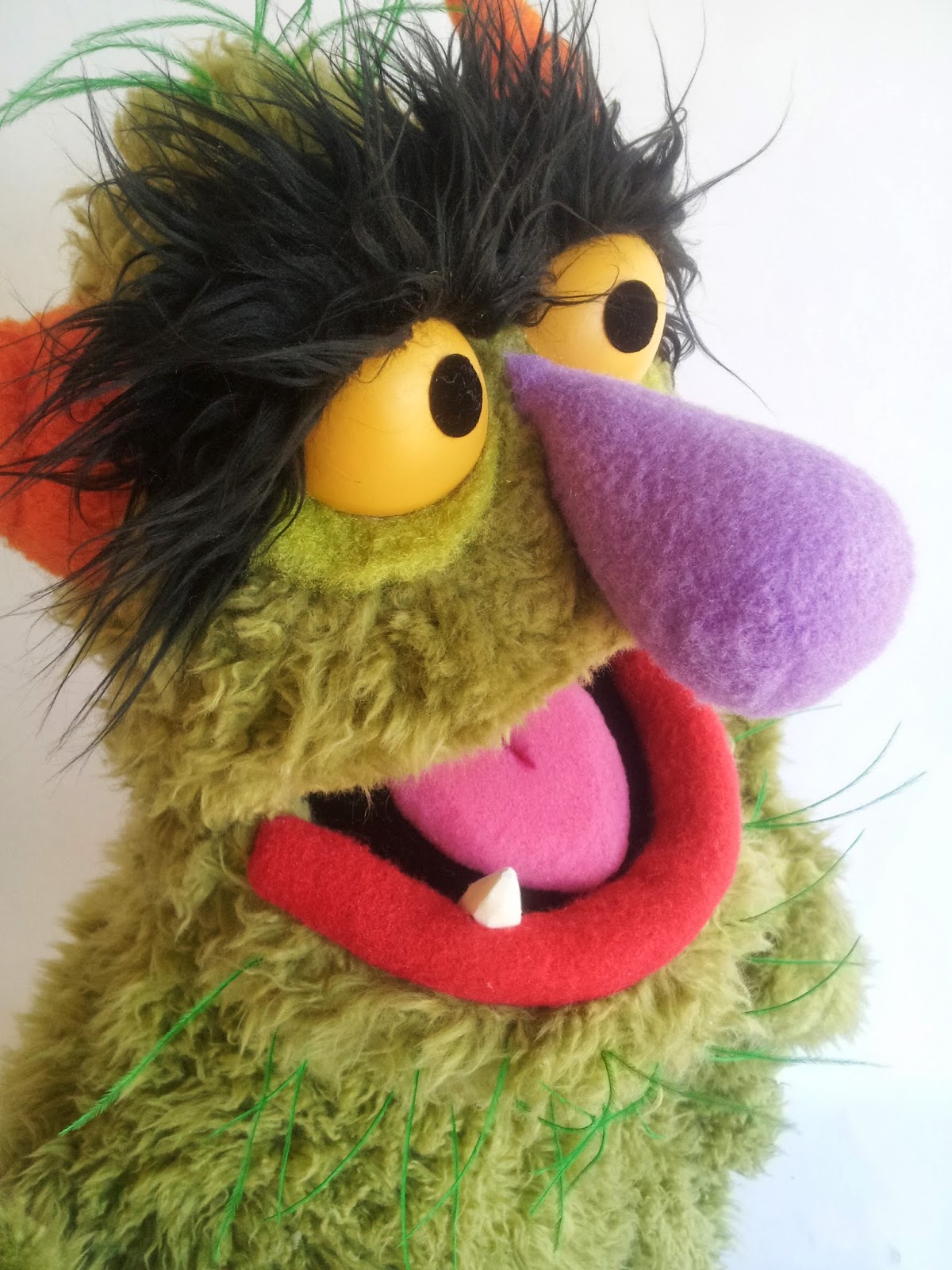 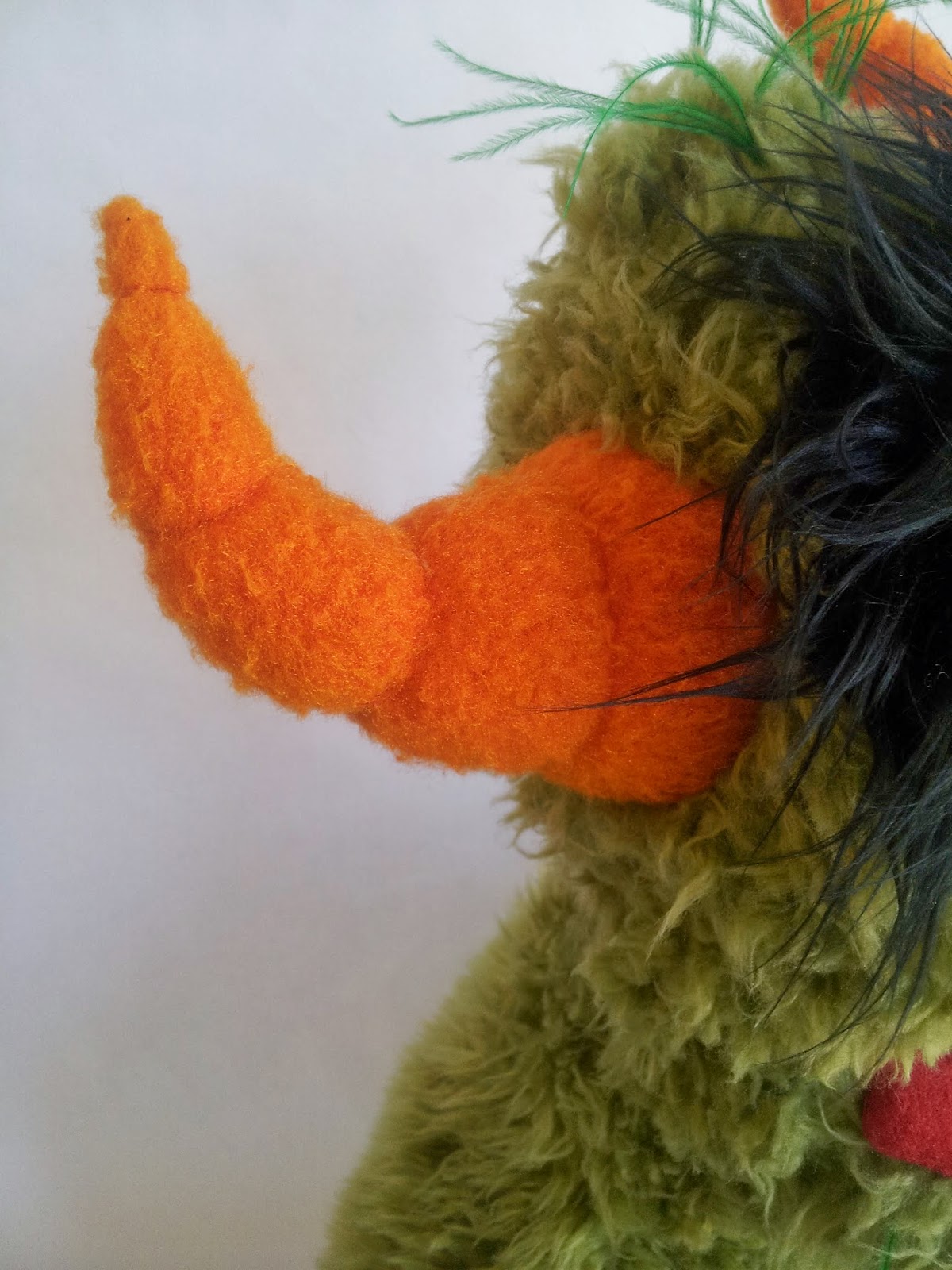 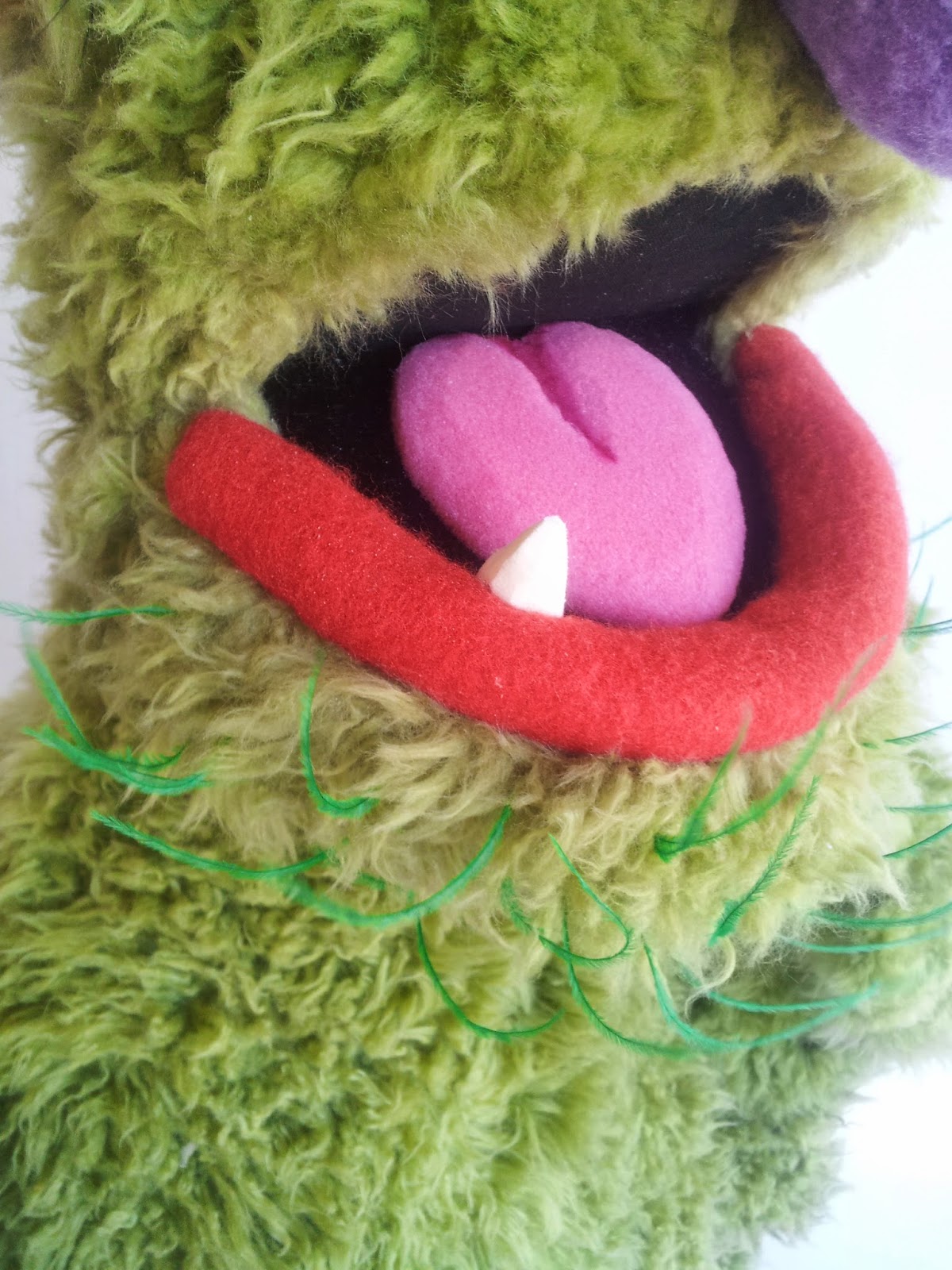 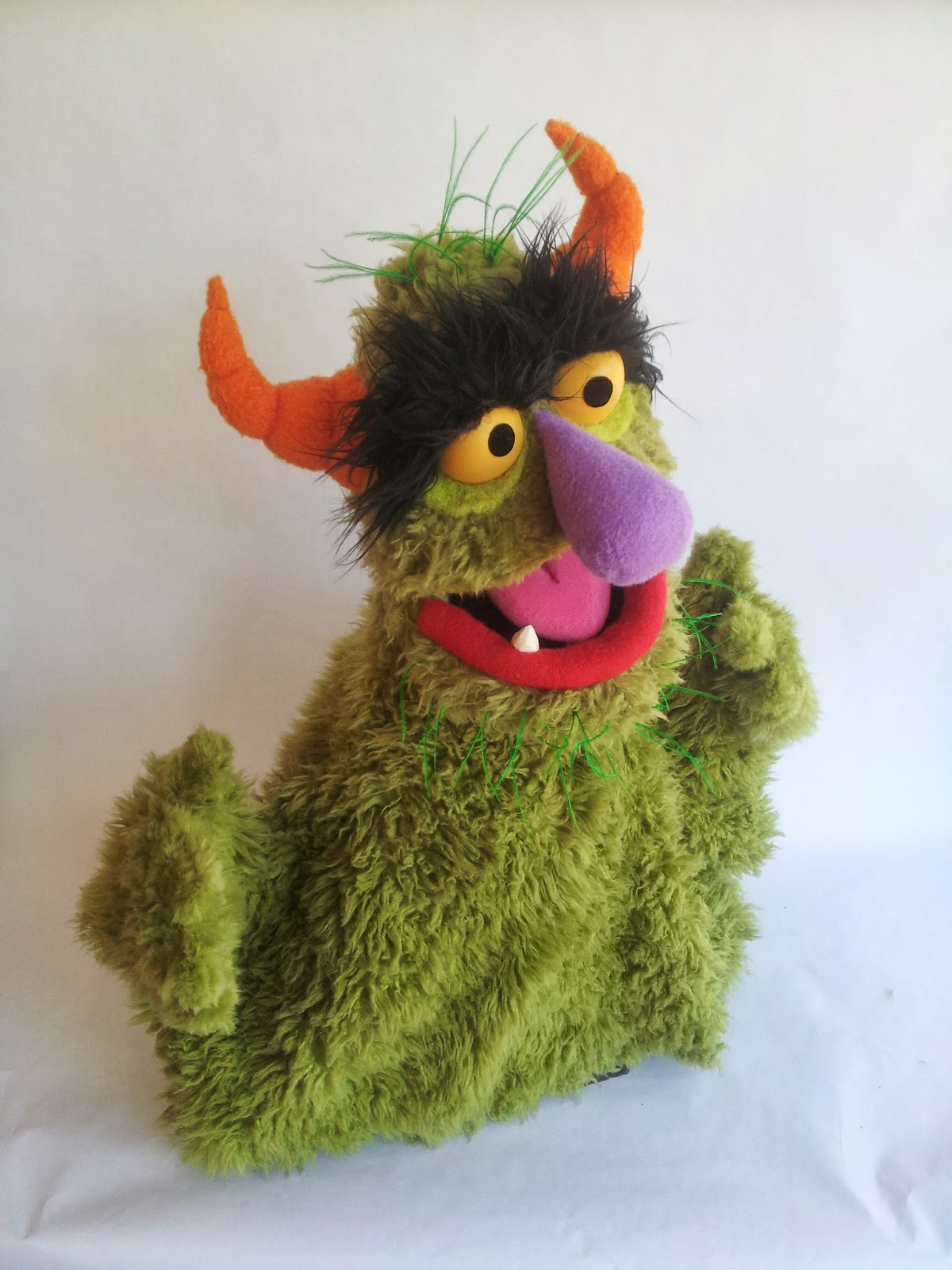 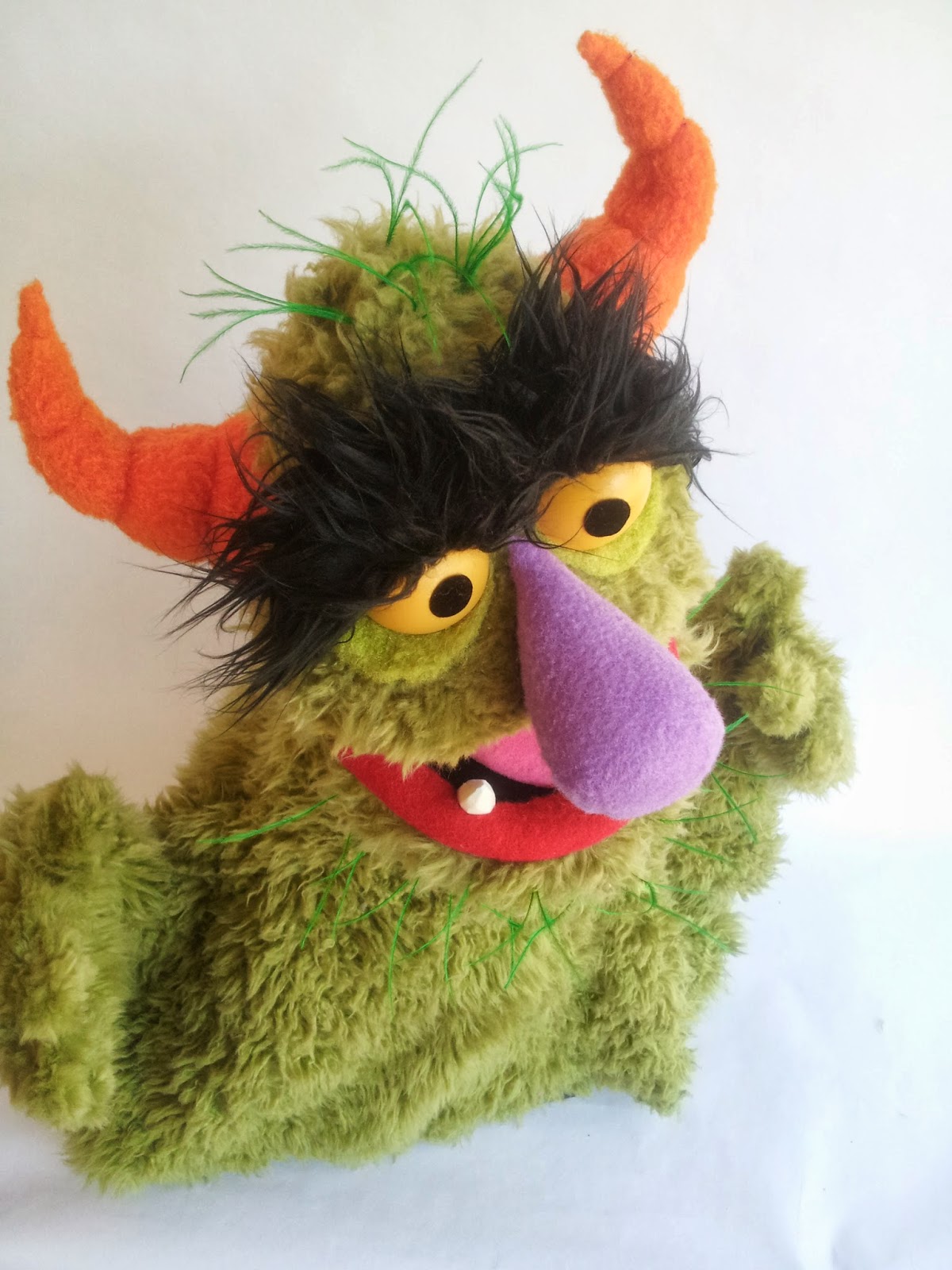 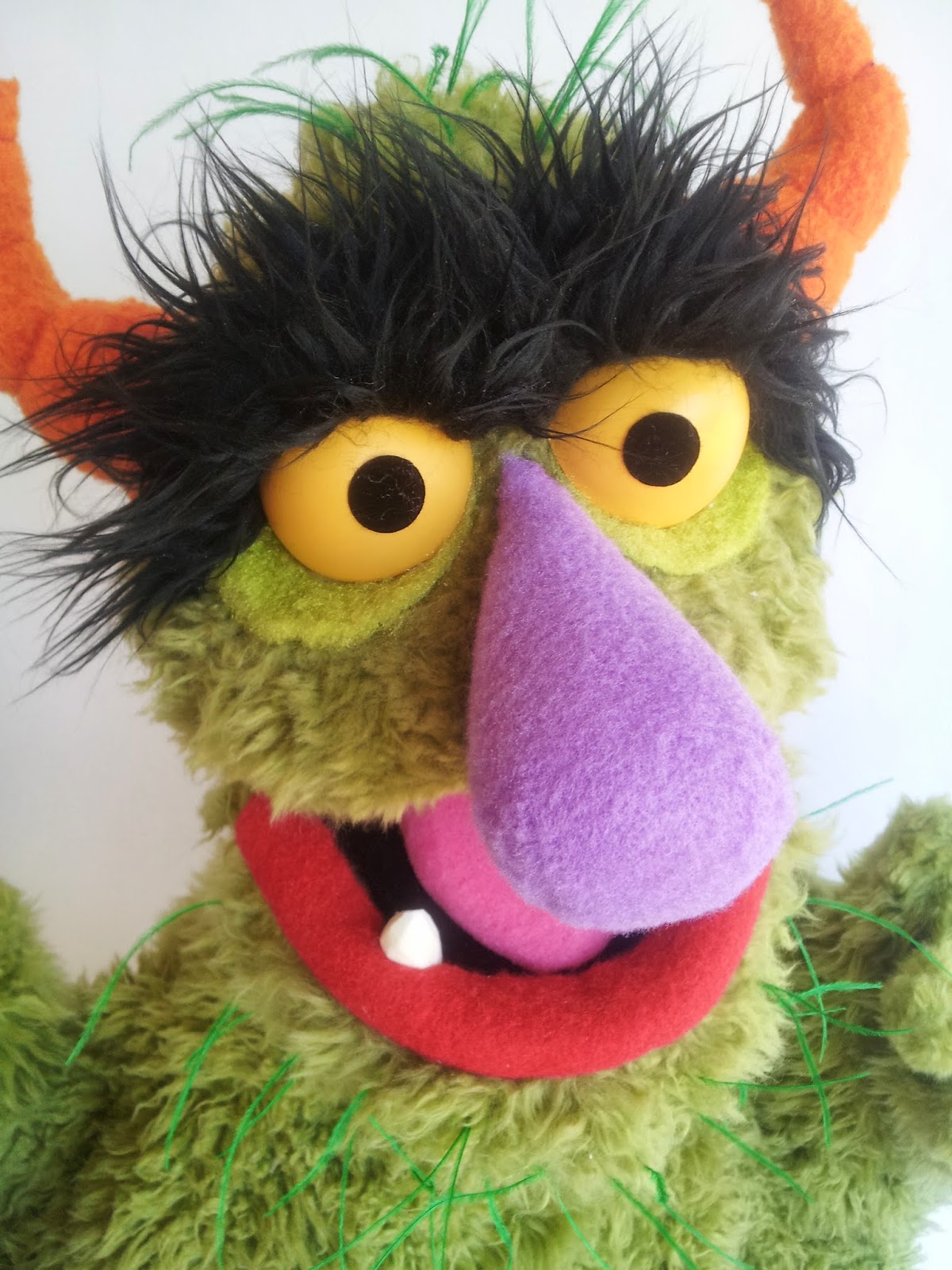 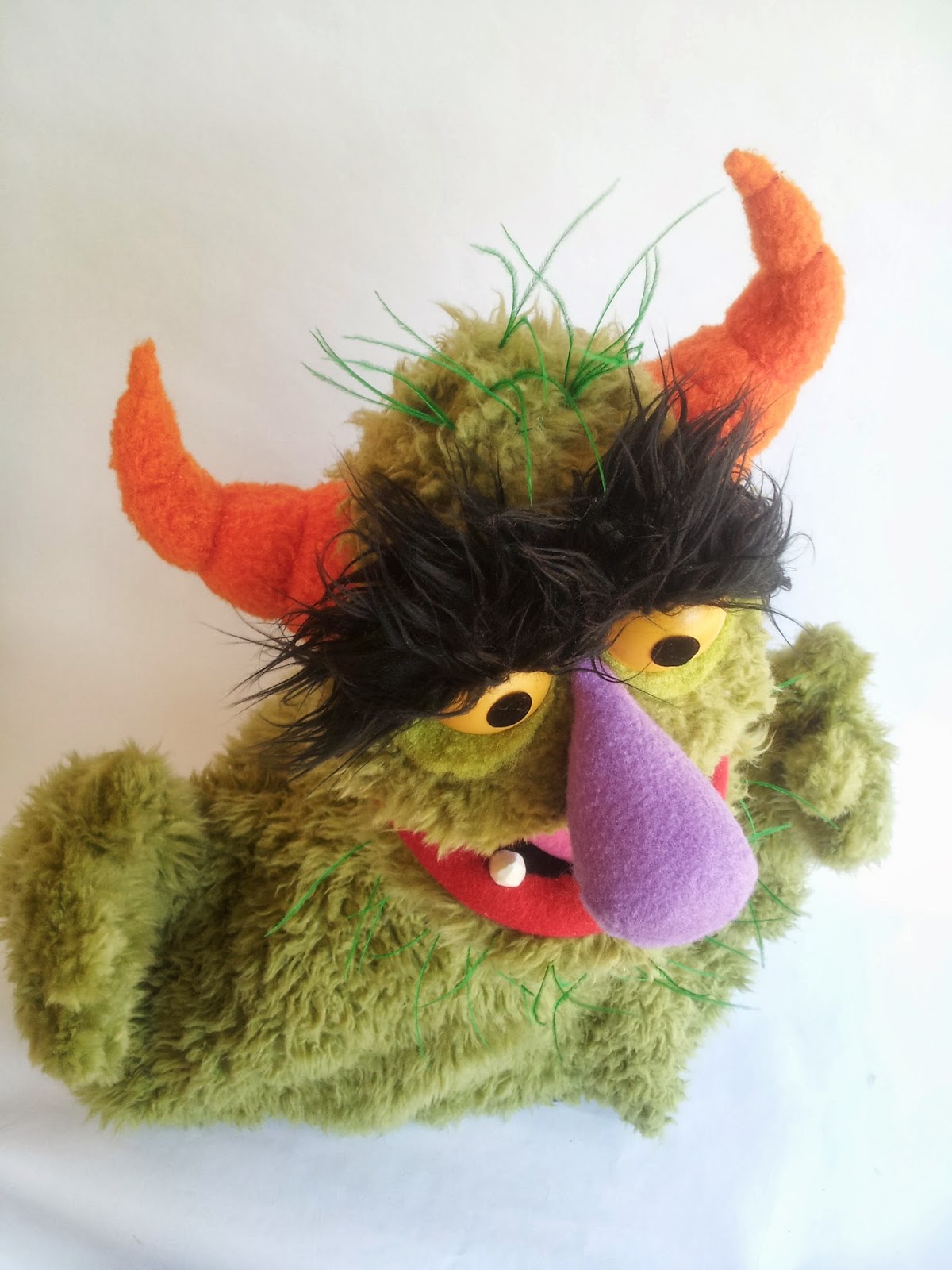 Here's the final monster in action:


Posted by Puppetsandbanjos at 2:04 PM 3 comments: